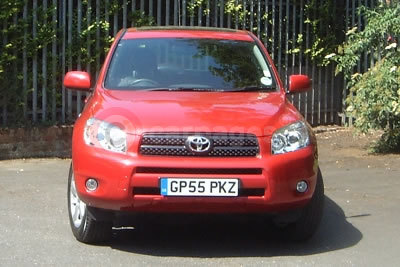 I don’t know for sure, which company invented the Sports Utility Vehicle or SUV but I’ve found a good rule of thumb is; if in doubt it was Ferdinand Porsche.

However, Toyota likes to lay claim to that honour with the RAV4 back in 1989. That was the year the concept model was first shown at the Tokyo Motor Show but it wasn’t until 1994 that the first production model rolled off the conveyor belt.

There is no doubt that the original version was an instant ‘hit’. The company was expecting somewhere in the region of 4,500 sales per month but the first month saw around 8,000 orders placed for the new Recreational Active Vehicle with four-wheel-drive that we know as the RAV4.

February, this year saw the start of sales for the, all-new, bigger and better, third-generation RAV4. It is longer and wider than before (they rarely get smaller) but retains the fun and manoeuvrability of its predecessors. However, this particular jury member is still not quite sure about the new look.

With a higher shoulder line, there’s a lot more metal and, for me, although it’s good looking, it isn’t distinctive enough. Over the years the exterior design has gone from being squarish with all the aerodynamics of a breeze-block, (this has now been rectified) to heavily contoured and onto today’s car, which is sleeker, more restrained and stylish. There is a triangular theme, which appears inside and out; most noticeably in the rear light cluster, the rear quarter-lights and the interior door handles.

The fascia is constructed on two levels, which is another repeating motif. The upper part of the dashboard curves over the lower section with both expanding in the centre to accommodate the brushed-metallic centre console. I particularly liked the large round climate control dials with push-button segments for his‘n’hers heat controls and adjustments. These sit on the lower ‘shelf’ along with a mini information display and, in the case of the test car, the engine stop/start button, which comes with the keyless entry system.