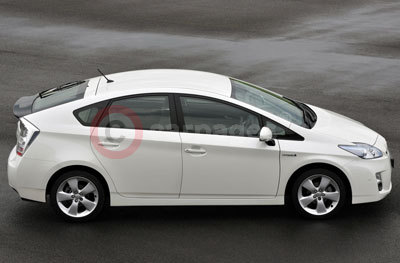 The new Toyota Prius has clinched its first major award, voted Japan Car of the Year by a panel of distinguished motoring journalists and industry experts at the Tokyo motor show. The accolade is a formal acknowledgement of the advances Toyota has made with the third generation Toyota Prius, which delivers more power yet even better fuel efficiency and lower emissions from its full hybrid powertrain.

The Toyota Prius is advanced but eminently user-friendly technology is also winning the hearts and minds of its most important critics, drivers themselves. In Japan the Toyota Prius has been the nation's top selling new car for the past five months in a row - every month since the car first arrived in showrooms. And with more than 31,000 sales in September 2009 alone, new Prius last month accounted for almost 11 per cent of the entire new car market.

The new Toyota Prius is also making a big impact with motorists here in the UK, with more than 4,000 customer orders received since its launch in August. In September 2009 its sales performance moved it up to become Toyota's third best-seller, after the Toyota Yaris and Toyota Auris.