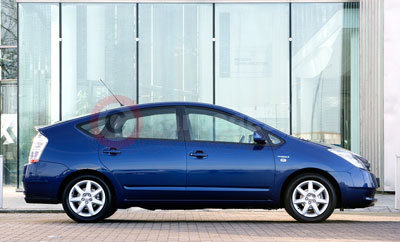 Toyota, with a long-term aim toward enhancing its ability to flexibly respond to rapid fluctuations in North American market demand and toward facilitating a stable supply of North American-made vehicles, announces the following changes to its North American production structure:

1) The currently under-construction Toyota Motor Manufacturing, Mississippi, Inc. (TMMMS), which was originally scheduled to produce the “Highlander” SUV, is to instead begin production of the “Prius” hybrid in the latter half of 2010.

2) Toyota Motor Manufacturing, Indiana, Inc. (TMMI) is to begin production of the Highlander in the fall of 2009.

3) Production of the “Tundra” full-size pickup truck, currently built at TMMI and Toyota Motor Manufacturing, Texas, Inc. (TMMTX), is to be consolidated at TMMTX in the spring of 2009.

The introduction of the Highlander at TMMI and the consolidation of Tundra production at TMMTX are intended to increase efficiencies at both plants and to achieve steady plant-utilisation rates.

Furthermore, as a response to a rapid fluctuation in truck-market demand, Toyota announces that operation of the Tundra and Sequoia production line at TMMI, the Tundra production line at TMMTX and the Tundra and Sequoia engine production lines at Toyota Motor Manufacturing, Alabama, Inc. (TMMAL) is to be suspended for approximately three months from early August through to November. During this non-production period, employees are to mainly be assigned to participate in “continuous improvement” activities and training. Toyota intends to use the opportunity presented by this period to cultivate its employees, with a long-term aim to further increase the productivity of its vehicle production plants in North America.

Toyota, based on its philosophy of “making where sold”, and from a long-term perspective, intends to – by solidifying its R&D, procurement, production and sales functions – further strengthen the ability of its production structures to flexibly respond to fluctuations in market demand and achieve a stable supply structure on a global scale.