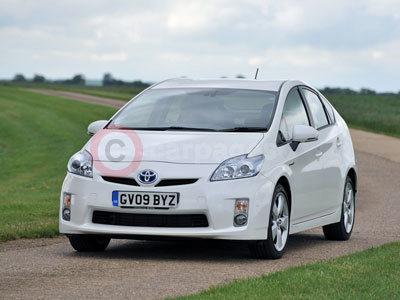 The Toyota Prius February 2100 sales total of 538 units serves as further proof that UK motorists have faith in Toyota quality and reliability and acknowledge the real-world benefits delivered by Hybrid Synergy Drive.

February 2010 sales are comfortably more than double the previous best for the month which was 237 in February 2008.

Customers have repeatedly ranked the Toyota Prius highest in satisfaction and reliability surveys across the world. The third generation Toyota Prius is short listed for The World Car of the Year 2010 and has been Japan's top selling car for nine consecutive months (May 2009 through to January 2010). More than 1.6 million have been sold since the first generation was launched in 1997.