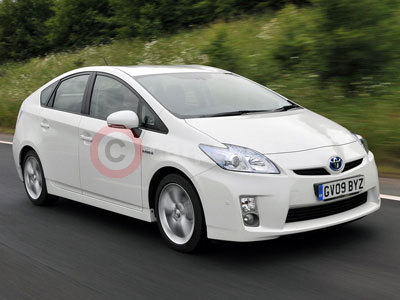 Toyota is celebrating another milestone for the Toyota Prius, with worldwide sales passing two million since the original hybrid was launched in 1997. Across three generations, approximately 2,012,000 units have been sold in more than 70 countries and regions, up to the end of September 2010. UK sales during the same period were 38,600.

Based on these volumes, Toyota calculates the Toyota Prius has saved around 11 million tonnes of CO2 emissions compared to petrol models of similar size and power, an achievement supported by its continuing development of its full hybrid technology to achieve even cleaner and more fuel efficient performance.

Today's Toyota Prius emits just 89g/km of CO2 - the lowest figure achieved by any current production car with an internal combustion engine - and has an official combined cycle fuel consumption figure of 74.3mpg.

Hybrid power is a central element in Toyota's development of more environmentally efficient vehicles and Toyota Prius continues to provide an excellent platform in which to demonstrate its flexibility and real-world benefits. Supported by Toyota Prius's global achievements, Toyota aims to sell at least one million hybrid vehicles annually as early as possible in the 2010s.