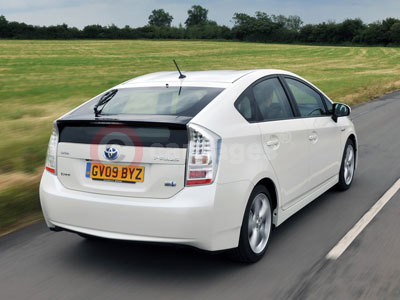 With its full hybrid powertrain, the new Toyota Prius is one of the most technically advanced cars on the market. Toyota's extensive use of sophisticated technology is central not only to the Toyota Prius's market-leading environmental performance, but also to reduced running costs that shape the new model's "total economy" profile.

Toyota's new generation Hybrid Synergy Drive system has been substantially re-engineered to be more compact and much lighter than before, contributing an improvement in fuel economy of up to 10 per cent in combined cycle driving compared to the previous Toyota Prius model. That means more miles for every pound spent at the pumps, plus an extended range - 714 miles from a full 45-litre tank. The official figure of 72.4mpg achieved by the Toyota T3 Prius is the best in the world for any production petrol engine.

With the benefit of the full hybrid powertrain, owners can make further gains by switching to EV mode, for example in slow moving city traffic. The ability to run purely on electric power for certain distances is a unique feature of the Hybrid Synergy Drive system in the new Toyota Prius, reducing both fuel consumption and tailpipe CO2 emissions to zero. There is perhaps no better place to put that performance into practice than in the heart of London, where the Toyota Prius remains exempt from the congestion charge.

The sizeable reduction in CO2 emissions - by 14 per cent to 89g/km for the Toyota T3 Prius - brings with it further cost benefits, not least in a zero annual road tax (VED) bill. There is added appeal for company car users with Prius qualifying for the lowest, 10 per cent Benefit-in-Kind tax rate, and fleet operators can take advantage of a first year 100 per cent write-down allowance against Corporation Tax.

The table below provides at-a-glance comparisons with new the Toyota Prius's closest market competitors, and also the smaller, lower powered Honda Insight, to demonstrate the approximate cost savings company car drivers can realise over a three-year period. The figures reveal that even the most frugal D-segment diesel models remain considerably more costly to run in terms of combined tax and fuel costs.