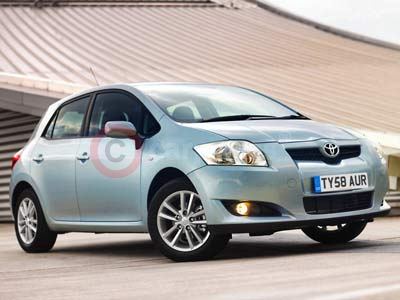 The introduction of Toyota Optimal Drive at the 2008 Paris motor show was a milestone in the development of new powertrain technologies and Toyota has wasted no time in rolling out the concept right across its model range.

Thanks to Toyota Optimal Drive, Toyota is delivering lower emissions and improved fuel efficiency across the board, while at the same time achieving stronger performance. This is in contrast to some rival manufacturers, which focus on specific eco-themed models that typically cost more and compromise ride, handling or driving pleasure.

Since the new concept was introduced at Paris, Toyota has launched four all-new models (the Toyota Avensis, iQ, Urban Cruiser, Verso) and revised a further four for the 2009 model year (the Toyota Aygo, Auris, Yaris, RAV4) to ensure motorists can experience the benefits without delay.

The first model to demonstrate Toyota Optimal Drive in action was the Toyota Auris, equipped with a new 1.33 Dual VVT-i engine with Stop & Start. Replacing the 1.4 VVT-i engine in the range, this British-built unit saves fuel and cuts emissions with its quiet, smooth engine stop and restart system, which operates automatically when the car comes to a standstill and neutral gear is selected.

This technology, combined with the new engine's advanced design, produces 17 per cent lower CO2 emissions and 14 per cent better mpg than the 1.4 VVT-i unit.

Valvematic engine technology is one of the key elements of Toyota Optimal Drive. Based on Toyota's proven dual Variable Valve timing - intelligent (dual VVT-i) technology, it achieves a breakthrough in combustion efficiency with a control system that continuously varies the lift of the inlet valves, giving better control of the volume and speed of the intake airflow. Simply put, this helps deliver more power for less fuel.

This new generation of Valvematic petrol engines is built in Britain at Toyota's Deeside plant and includes 1.6, 1.8 and 2.0-litre units, featured in the Toyota Auris, new Verso, new Avensis and RAV4.

The benefits of Toyota Optimal Drive are also evident in a revised diesel engine line-up. The challenge was to develop the established D-4D and D-CAT units to give excellent performance and low CO2 emissions and fuel consumption, while at the same time achieving a substantial reduction in the level of particulate matter (PM) and nitrous oxides (NOx) emissions.

This has been achieved through the redesign of engine component systems, increasing torque at lower engine speeds and, on higher-powered units, introducing new piezoelectric injectors and a revised chamber design to optimise combustion.

This has brought performance gains at all levels, from the 1.4 D-4D 90 engine featured in the Toyota Yaris, Urban Cruiser and Auris, to the D-CAT 150 unit introduced in the new Toyota Avensis, new Verso and RAV4.

The advances made in petrol and diesel engine performance are supported by new and improved Toyota transmissions.

Key changes include the introduction of a new six-speed manual transmission and Multidrive, Toyota's first CVT. Offered in the Toyota iQ and, in Multidrive S form, in the new Toyota Avensis, new Toyota Verso and RAV4, it provides the convenience of an automatic with CO2 emissions and fuel efficiency similar to those from a manual gearbox.

Multidrive is highly fuel-efficient because the continuously variable transmission lets the engine work at its most efficient speed, optimising torque and fuel consumption. In 'S' form it offers the added benefit of a Sport mode for a more engaging driving experience, and seven-speed sequential manual operation using the shift lever.