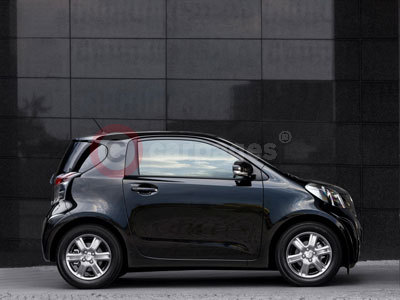 The final production version of Toyota’s revolutionary iQ makes its debut at the Paris motor show today. Last seen as a near-final design at the Geneva show earlier this year, iQ is a city car that is so innovative that – like the Toyota Prius – it stands as a major milestone for future vehicle development.

The radical thinking behind iQ turns conventional car design on its head. Toyota engineers went to extraordinary lengths to redesign, re-engineer or relocate components to achieve their goal of a car that is less than three metres long, yet has four seats inside with no compromise on space, comfort or driving fun. The Toyota iQ redefines what a car should be in today’s era of congested cities and increased environmental awareness, not least by achieving carbon dioxide emissions levels that start at 99g/km. At the same time it is fun to drive with outstanding dynamics and advanced powertrain technology.

Hiroki Nakajima, iQ chief Engineer, explains: “For the development of iQ my research for a design concept befitting a stylish and small, sophisticated car began by envisioning the customer. My theory was that the group of people most suited to this car’s style, small size and premium edge would be described as ‘post-modern’ – people who demonstrate independence in their choice of lifestyle and values.”

iQ can be ordered from now, with delivery taking place in January 2009. Full-year sales volume for Europe is expected to be around 80,000 units.