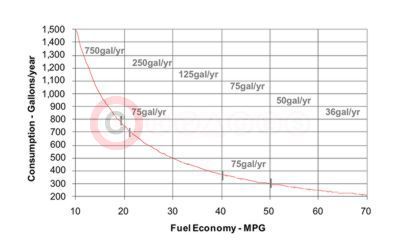 The latest edition of What Car? has a feature which is extraordinarily misleading. It claims to be an investigation into why car drivers might fail to achieve the official fuel consumption figures quoted by manufacturers.

The simple and obvious truth is that everyone drives differently over different types of road. No two people will get exactly the same results, let alone everyone match the official figures.

But according to What Car? it is a £192million rip-off, intimating that car makers are deliberately misleading car buyers.

The reality, as What Car? know, is that all cars are subjected to exactly the same test so that comparative data can be obtained. Further, by law car makers must publish this and only this data. It is of real value to the consumer as it allows many different cars to be compared, enabling an informed choice to be made. It is scientific and repeatable.

What the figures are not are manufacturer claims. If they were, Toyota could, for example, claim 90mpg for the Aygo diesel based on the result achieved by one of our Fleet customers at the GreenFleet Fuel Challenge earlier this year. Toyota quotes - not claims - the official figure of 83.1mpg.

In their eagerness to create an eye-catching headline What Car? has also missed a basic arithmetic principle, namely that comparisons cannot be made directly between the percentage shortfalls in fuel consumption of high and low efficiency cars.

For example, take two cars over 15,000miles. One is quoted at 50mpg, but only achieves 40mpg in use, while the other is quoted at 21mpg, but achieves 19mpg in use. That seems like a 10mpg or 20 per cent shortfall versus one less than 2mpg or less than 10 per cent. A rip-off?

No, the fact is both will consume exactly the same amount of extra fuel over the same distance because the relationship between mpg and miles travelled is not a linear one. Here are the sums:

The truth, the good consumer advice What Car? failed to give, is that high efficiency cars, such as modern diesels and hybrids like the Toyota Prius, can return what at first appears to be a larger shortfall in real mpg, but are in fact subject to the same level of discrepancy between the quoted and the actual figures as any other car.

The results achieved by the current EU fuel consumption testing system may not be ideal, but in the absence of a better alternative it offers the consumer information to help them compare one car with another. It is a shame What Car? chose largely to ignore that in the chase for a sensationalistic headline.