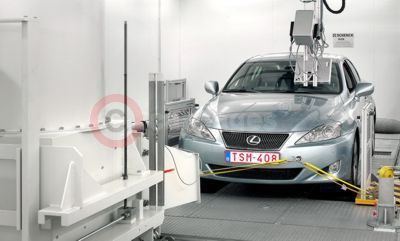 Toyota’s commitment to establishing local facilities for its European design and engineering operations reached a new milestone yesterday with the official inauguration of its expanded Technical Centre in Zaventem, Brussels.

The focus of the centre’s work is the complete development of upper body elements for all future Toyota models in Europe, including body, chassis and electronics design; selection and testing of materials and components; engine evaluation; and tuning of driveability characteristics.

The Technical Centre employs 580 people and represents a total investment of €130 million (approx. £91 million). It is also home to Toyota’s European purchasing and product engineering activities, which will continue to grow in step with the expansion of Toyota’s European manufacturing operations and capacity.

Speaking at the opening ceremony, Shinichi Sasaki, President and Chief Executive Officer of Toyota Motor Europe, said: "The expansion of our R&D operations is crucial to our future growth in Europe, as it will help ensure that our European customers are provided with superior quality vehicles that are specifically tailored to their tastes."

The occasion was also attended by Belgian Prime Minister, Guy Verhofstadt and European Commissioner for Science and Research, Janez Potocnik.