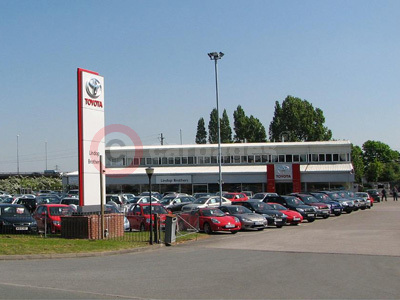 Toyota has been leading the market in driving down CO2 emissions from its cars, as witnessed by its achievement in becoming the first manufacturer to dip below the European Union's 130g/km fleet average target. But cutting the pollution from vehicles is only one element of Toyota's 360-degree approach to reducing the environmental impact of its business.

Following the success of a pilot scheme last year, Toyota is working with the Carbon Trust to achieve significant reductions in energy use and carbon emissions across its network of more than 200 Toyota and Lexus centres, following a new 8-Step Environmental Plan.

Results from the 2009 pilot programme conducted at 16 centres demonstrated the plan's potential to achieve substantial environmental gains and have encouraged its implementation nationwide. The trial recorded savings of up to 20 per cent in electricity and gas consumption, reducing the carbon footprint of each site by around 30 tonnes of CO2 per year. If replicated nationally, this could bring the emissions from the entire centre network down by around 15 per cent within a year.

Nigel Burke, Centre Principal at Somerset County Cars, one of the centres that participated in the trial, said: "The pilot project has given us the means to visualise our energy usage and where we could make savings. Through staff education, good housekeeping, constant monitoring and modest expenditure on items such as lighting or timers we have significantly reduced our electricity consumption."

The structure of the 8-Step Environmental Plan, detailed in the illustration below, builds on Toyota's Environment and Corporate Social Responsibility (CSR) policy, and is designed not only to deliver environmental benefits for Toyota and its centres, but also to the wider community through education and communication of energy-saving best practice ideas.

With the support of the Carbon Trust, each centre will be assessed on its current energy use and through a targeted energy management and monitoring system will be helped to reduce electricity and gas consumption. Workshops will also be held over 2010 and 2011 to promote best practice and sustain energy savings.

Thomas Rosselle, Toyota Manager for Corporate Social Responsibility said: "Our centres' achievements in reducing their carbon footprint will not only be beneficial to them and to Toyota, they will also enable them to share best practice with members of their local community, such as customers, businesses, schools and other community groups.

"By sharing the knowledge they gain in this way, they can help others to reduce their energy usage and thus achieve even greater carbon emissions savings."

Hugh Jones, Director of Solutions at the Carbon Trust, said: "We're delighted that Toyota is taking action to cut energy use and carbon emissions across its dealer network. The pilot programme proved that even simple changes can make a real impact. We look forward to working with the company to build on this success."