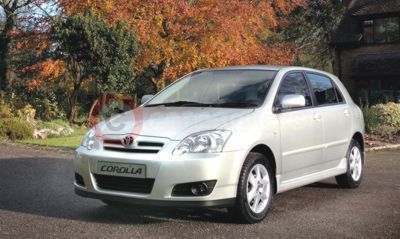 Cars come and go but the Toyota Corolla - much like Dr Who - has regularly regenerated to meet the demands of time and outlasted most rivals. This year the world’s biggest selling car is celebrating its 40th birthday - and it is not finished yet.

The first generation Corolla was introduced in Japan in October 1966. Now, 40 years on, the Corolla is built in 16 different countries, a barometer of the global expansion of Toyota as much as the popularity of the model itself.

In 2005 alone, 1.36 million Corollas were produced in 16 countries/regions* and by the end of June this year, cumulative worldwide production reached 31.60 million units. That represents more than 2,160 cars every day - 90.1 cars per hour, every hour - for 40 years.

Since its debut, the Corolla has been the number one seller in Japan in 36 out of the past 40 years. It not only helped establish Toyota in Japan, but the USA and UK, too, and in the 21st Century it continues its ‘missionary work’ with growing sales in developing markets such as China and South America. Another 40 years at the top seems very likely.

Over the years Corollas have won races and rallies, done innumerable school runs, helped millions learn to drive and, in the shape of the 1980s’ T Coupe (AE 86), even become a youth culture icon through the Initial D series of books, TV shows and movies.