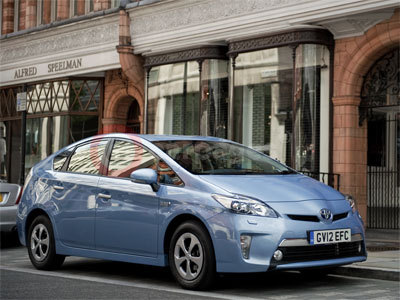 The new London Congestion Charge exemption rules will be introduced on the 1st July 2013 which means that only vehicles with emissions under 75 g/km will be exempt, rather than the more generous 100 g/km.

Although you still have until the 28th June 2013 to register a new or existing vehicle that qualifies under the previous 100g/km limit, which will continue to be exempt for a three-year transition period which ends on 24th June 2016.

According to Toyota they have 24 models in their current line-up that would match that criterion which range from ultra-compact city cars, the CT200h full hybrid and the seven-seat Prius+ MPV.

These are the current Toyota and Lexus vehicles that qualify for congestion charge exemption under the current criteria: (but hurry!)

The Toyota Prius Plug-in which is powered a hybrid system combining a -petrol engine and rechargeable lithium-ion battery will still be charge-exempt thanks to its 49g/km CO2 rating.