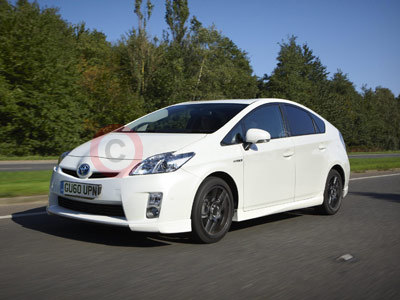 Toyota is encouraging drivers to put the fuel efficiency of the Toyota Prius and Toyota Auris hybrid to the test in a challenge to see who can achieve the best mpg. Toyota centres across the UK are hosting the competition, each with their own set route and time limit. A leaderboard will be used to keep track of the local results, with prizes going to each centre's best-performing entrant.

Official combined cycle figures are 72.4mpg for Toyota Prius and 74.3mpg for Toyota Auris hybrid, but significantly better consumption has been recorded for both models in independent economy drive events.

The challenge runs throughout April and May 2011, coinciding with a new nationwide ad campaign which is using TV, billboards and print and digital media to spread the word about Toyota's world leading technology, not only in the Toyota Prius and Toyota Auris models on sale today, but also in the forthcoming Toyota Prius+ MPV and the Toyota Yaris Hybrid Concept that was unveiled at the Geneva motor show.