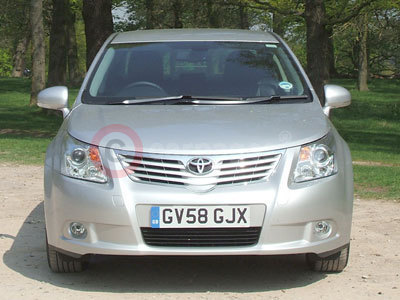 New Year's Day 2009 was not just the first day of a new year but also the on-sale date of the new Toyota Avensis.

Now in its third generation, the Toyota Avensis remains the company's flagship car, with an array of engine and trim choices, to suit most people. However, the main message behind the new car is, 'more for less'. This can be said of most manufacturers, of course, but it would seem that, in this case, Toyota has delivered the goods. But let's start with the new shape.

The Toyota Avensis comes in saloon and tourer body shapes and both have been developed in parallel, meaning the estate version isn't simply an elongated version of the saloon but designed from the outset to be the tourer.

Larger than before, the new Toyota Avensis saloon is 50mm longer and wider than the previous model, allowing for an increase in track width. Both versions have the same 2,700mm wheelbase and are the same height.

So the Toyota Avensis has been stretched a little and now has a definite wedge shape, starting at the front with a low aerodynamic but pedestrian-friendly, bonnet, which arcs around at the leading edge in a similar manner to a Saab. Below this is a distinctive front grille over a heavy front bumper, which gives the car a somewhat purposeful look.

Viewed from the side, the new sleeker lines of the Toyota Avensis are evident and the wedge shape becomes more apparent, while the rear end echoes some of the roundness of the front but with a high boot-line and chunky bumpers. All in all, it has a very European feeling, which is exactly what Toyota was after and is not surprising at it was designed in Europe.