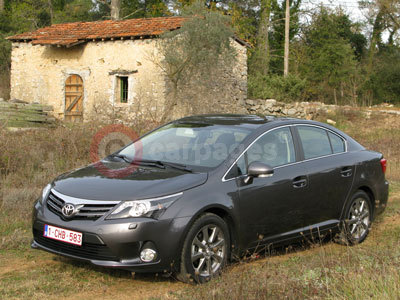 The Toyota Avensis has quite a few aces in its pack. It comes from a company long regarded as top notch for reliability. It is a British-built car from a Japanese firm renowned for its manufacturing quality. Because it is made in Derbyshire it has a patriotic feel-good factor about it, and it is also covered by a longer warranty – five years or 100,000 miles - than most cars enjoy.

There are a few lingering shadows in this sunny picture, however. Toyota has weathered tricky times in recent years. For a long time the Japanese manufacturer enjoyed a cast-iron reputation for quality and reliability, traditionally regarded as a benchmark in this respect and consistently topping customer satisfaction charts. Until, that is, Toyota’s image was buffeted by problems that toppled it from its long-held top spot in the highly respected J.D. Power reliability survey in 2010 and sent it plummeting 15 places down the leader-board.

The Avensis was launched in 2008, but has since been revamped in a mid-life make-over intended to freshen its appeal, four years into its lifespan. It has undergone a raft of changes aimed at upgrading the car to compete against some very strong rival models from manufacturers such as Ford, Vauxhall and Volkswagen. Whether the improvements made to the Avensis will be enough to woo buyers away from choosing a Mondeo, Insignia or Passat instead, remains to be seen.

Exterior changes to the car for 2012 include a new grille, bumper assembly and lights. The design is smoothly cohesive, but bland. It has always been a rather anonymous-looking car, and that has not changed. The cabin has also undergone a mild revamp, and while the general quality, fit and finish are pretty good, it has a rather corporate air.

Toyota’s two-litre D-4D engine is a decent performer well up to the task of hauling a saloon this size. The 128 bhp power output peaking at 3,600 rpm, and 228 lb ft of torque reaching its peak at 1,600 rpm and sustained through to 2,400 rpm are reasonable, although some key competitors have higher figures. The Avensis has a very adequate top speed and its acceleration timed from 0-62 mph is respectably just sub-10 seconds. Following the car’s midlife revamp, the engine has a new turbocharger which achieves the same power delivery at lower engine revs, for similar performance with better refinement.

Other changes to the diesel engine have slightly lowered its overall weight, reduced friction losses, improved combustion and added a new glow plug control. Toyota has striven to make the Avensis’s best-selling engine more efficient, and from a running costs viewpoint this is the key version of the car. Its fuel economy has seen a 17 per cent improvement (up from 53.3 mpg) and CO2 is now 14 per cent lower (down by 20 g/km). That makes it a financially appealing prospect for a company car driver, because it qualifies for bottom-rate benefit-in-kind taxation at 13 per cent. (Pre-2012, the Avensis was in the 20 per cent BIK category.) The first year’s tax disc is free, and the second year just £30.

The downside is that although the Avensis gets you around well enough, it does not do so with much enjoyment. Any reasonably keen driver will find it somewhat uninspiring. Although it has enough power to do the job, and is adequately eco-efficient with a CO2 output of 119 g/km in this version, the Avensis D-4D is frankly quite dull to drive. The gearchange has a ponderous feel, it needs to be slicker and quicker. This car has the bland appeal of a motorised white goods appliance.

That is a pity, because while other cars of this size and type can be alert and pleasurable to drive, the Avensis has more of a pipe-and-slippers feel. If you are not a particularly enthusiastic driver, it may not matter, but our preference is for something a bit more engaging.