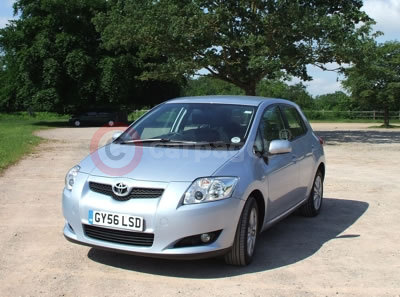 You might be forgiven for thinking that the new Toyota Auris is no more than a Corolla by another name.

And to some degree, you’d be right. The Auris is certainly a replacement, at least in the UK. However, the Corolla will still be produced for sale in other parts of the world and the recently unveiled Corolla saloon will be available in some European countries but not here.

Although, Toyota tells us that the Auris is an all-new vehicle, comparisons with the Corolla are easily made. From the outside it looks similar and if you were put into the new car, blindfolded, I doubt you would notice the difference. On removing the blindfold, however, it would be a different story.

The Auris was designed from the inside out with the aim of maximising living-room space. A sensible approach but the interior designers must have overdosed of Sci-Fi films the night before they created the centre console. I’m sure that some people will like the ‘bridge concept’ but to me, it is incongruous, ugly and ergonomically unsound.

The ‘bridge’ starts at the fascia and flows down, in a cascade of silver-coloured plastic, ending between the front seats. The shape and form necessitates that the gearshift is mounted in an awkwardly high position and the parking-brake handle is almost upright, making it difficult to use. What is more, the recess, into which the handbrake releases, is a shallow curve. As a result, men are going to have difficulty grasping it, women will complain about broken nails and it will become scratched very quickly.

The idea behind the futuristic console was to move the brake and gear-change functions closer together making it easier for the driver and at the same time creating an enclosed cockpit feel and allowing more storage space underneath. Personally, I think it is a bridge too far (sorry). Unfortunately, they didn’t stop there and the theme is continued into the spear-shaped door handles. I’ll gloss over the Optitron instrument panel, with its garish orange glowing background & red needles and move on to nicer things.