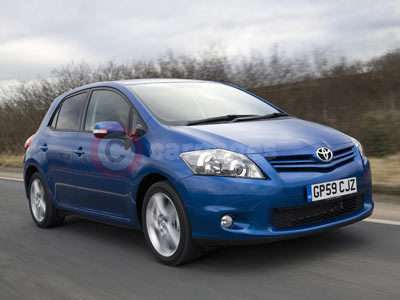 Today, Toyota Manufacturing UK (TMUK) will produce its 3 millionth vehicle manufactured in the UK. To celebrate this production milestone and to demonstrate continued commitment to the environment, workers will plant a commemorative tree.

A 1.33 litre Toyota Auris, with Stop/Start technology, will become the milestone vehicle when it drives off the assembly line nearly 18 years after the start of UK production in December 1992.

To celebrate, 25 employees from across the company - a cross section of 400 employees who originally joined the company at the start of production who still work at the plant - will plant a commemorative tree.

The employees will be joined by Heather Wheeler MP, South Derbyshire. Katsunori Kojima, Managing Director, said: "Reaching this milestone shows our commitment to local production here at Burnaston and at our engine plant in North Wales."

"This is a fantastic achievement for us and we are delighted to celebrate this occasion with some of our loyal and committed members who were present at the start of production."

The first vehicle produced by Toyota in Europe, a Toyota Carina E, drove off the Burnaston production line on the 16th December 1992. Nine years later, in April 2001, TMUK produced its one millionth vehicle. The two millionth vehicle was manufactured in October 2005.

Later this month will see the start of production of the Toyota Auris Hybrid Synergy Drive vehicle and engine at Burnaston and Deeside.