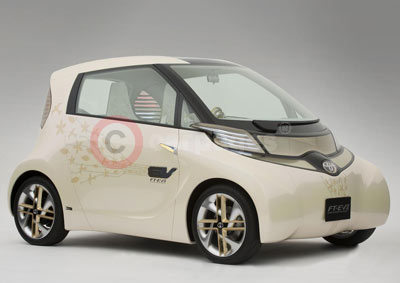 Toyota is to undertake European road trials of an electric-powered version of the Toyota iQ city car from next year. It announced the study this week in a progress report on its product and technology strategies to use electricity and alternative power sources to develop low carbon vehicles that are less dependant on fossil fuels.

Toyota iQ EV is scheduled to go on sale in the USA in 2012, but Toyota is looking at its potential in other markets, including Europe, Japan and China.

The news of Toyota's further development of its EV programme follows the unveiling this week of the Toyota RAV4 EV at the Los Angeles Auto Show, a new model produced in partnership with electric vehicle specialists Tesla Motors that will also be sold in the US from 2012.

Toyota plans to launch 11 hybrid vehicles by the end of 2012, including both all-new and re-designed models. It has also confirmed that Prius Plug-in Toyota Hybrid, currently undergoing a demonstration programme in London and other worldwide locations, will go on sale in Europe, Japan and the USA from early 2012. Toyota is expecting to sell around 50,000 cars a year, the majority in its home market.

Toyota continues to advance its development of fuel cell hybrid technology and expects to introduce a saloon fuel cell hybrid vehicle (FCHV) in around 2015 in markets where a fuel supply infrastructure has been established - expected to be Europe, Japan and North America.

The performance of the secondary batteries used in EVs and hybrid vehicles is central to their ability to deliver improved driving range, acceleration, power economy and ease of recharging. Toyota is investing in research and development of next-generation batteries, beyond the lithium-ion type featured in Prius Plug-in, to bring about the big advances in performance that will be needed for electric-powered eco-cars to succeed in the mass market. In January this year it set up a new division to study next-generation battery production, with a team of around 100 researchers.

The options being investigated include solid-state batteries, where Toyota has made progress in overcoming performance and packaging issues, and metal-air batteries which have the potential to provide a much higher energy density than the lithium-ion type.

Toyota believes eco-cars can only have a positive impact on the environment if they are widely used. At the same time as it explores alternative power systems, it is continuing to improve the efficiency of its internal combustion engines, which account for the majority of sales, while raising performance, reducing costs and expanding the range available.