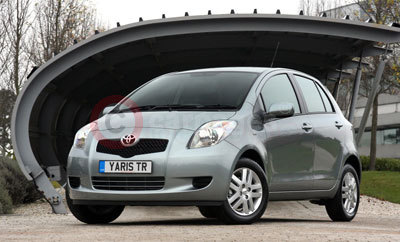 New models, new engines, a wider choice of hybrid power models and record-breaking feats helped power Toyota to a fifteenth successive year of sales growth in the UK in 2007.

Combined UK sales of Toyota and Lexus passenger cars and Toyota LCVs totalled 143,436 units in 2007, an increase of 3.2 per cent on 2006. These results outperformed the new vehicle (passenger car and LCV) market as a whole, which grew by 2.6 per cent year on year.

In the year that brought the British-built Auris and the sporting Yaris SR 1.8 to market, Toyota car sales rose to 118,432 units. That figure includes 8,750 Prius, a record high achieved in a market where fuel efficiency and environmental performance played a greater role than ever before in influencing customer choices.

Growth was even stronger in the LCV market where year-on-year volume increased by more than 51 per cent. The introduction of the new 3.0-litre and high-power 2.5-litre engines in Hilux and the completion of a fully Euro IV-compliant engine line-up were central to the success of the LCV range. And Hilux’s legendary go-anywhere capabilities were widely broadcast when it became the first car to be driven to the Magnetic North Pole, in the most extreme driving challenge ever undertaken by the BBC Top Gear team.

Lexus marked a 2.9 per cent increase in registrations to 15,113 units, a second successive record performance. During the year Lexus completed the renewal of its entire product range with the launch of the LS 460 and the flagship LS 600h limousine, the third Lexus hybrid power model. Looking ahead to 2008, Lexus will further benefit from the introduction of the high-performance IS F and the new V8-powered GS 460.

Miguel Fonseca, Toyota (GB) PLC Managing Director, said: “A fifteenth record-breaking year demonstrates the momentum behind the Toyota and Lexus brands in the UK and around the world. We are committed to providing motorists with cars of high quality that are safe, rewarding to drive and have less impact on the environment, supported by the highest levels of customer service from our centres.”