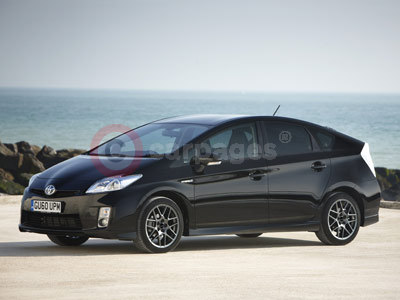 An independent European consumer study into how ready and willing motorists are to change to hybrid, has shown that Toyota is the most recognised manufacturer.

The joint survey by Automotive Business Intelligence company EurotaxGlass's and UK-based marketing and research institute Harris Interactive has found that Toyota is the company most widely recognised by consumers as a manufacturer of hybrid and electric vehicles.

Sixteen per cent of those questioned were aware of the Toyota Prius and six per cent naming the closest rival vehicle.

The study confirms Toyota's belief in the strong potential of the hybrid market. It concludes: "The openness of the consumer towards alternative powertrains is much higher than the current market shares of these powertrain types. And this is true across all the major European markets."

Following the successful introduction of the British-built Auris Hybrid in 2010, Toyota revealed the Toyota Yaris HSD concept at this year's Geneva motor show, signaling its intention to bring Hybrid Synergy Drive to the B-segment, the largest sector of the European new car market. Toyota Prius+, Europe's first full hybrid seven-seater, made its debut at the same occasion and will be launched in Europe in 2012.