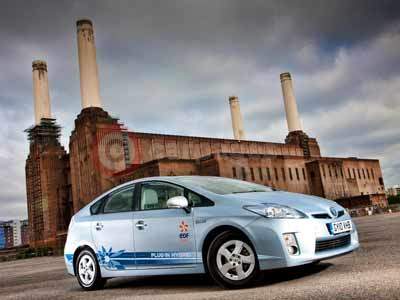 At EcoVelocity, a festival of green motoring taking place at Battersea Power Station in London in September 2011, Toyota and Lexus will showcase current and future low emissions full hybrid technology.

The Toyota Prius will be available for driving opportunities to visitors as will the Toyota Auris Hybrid hatchback. Both models have CO2 emissions of under 100g/km, are are therefore exempt from London's congestion charge.

On show will be the Toyota Prius Plug-in Hybrid Electric Vehicle (PHEV), which, powered by batteries, can run further and at high speeds than a conventional hybrid on its electric motor alone resulting in zero tailpipe emissions and zero petrol consumption.

The new Toyota yaris will also be on show, alongside the Toyota iQ.

The Lexus CT 200h, which will be available for visitor test drives, offers CO2 emissions of less than 100g/km and 68.9mpg fuel consumption on the combined cycle.