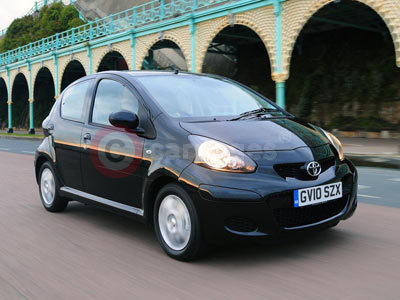 Toyota has reinforced its position as one of Britain's top manufacturers when it comes to making cars that are big on quality, owner appeal and value for money. That's the message from the results of this year's J.D. Power and Associates/WhatCar? Vehicle Ownership Satisfaction Study (VOSS), which shows Toyota maintaining its fifth place ranking from last year, but with an index score up by nine points.

The star performers for Toyota were the Toyota Aygo and Toyota Yaris, which respectively achieved the top ranking in the VOSS City Car and Small Car (Yaris equal top ranked) categories, while the full hybrid Toyota Prius was second ranked in the Upper Medium Car category. The Toyota Verso and Toyota RAV4 emerged as the third-ranked MPV and SUV.

Overall Toyota was unmatched by any other manufacturer in the Ownership Costs section of the survey, which covers issues such as fuel consumption, insurance and the cost of servicing and repairs.

The study was among owners of cars around two years old and Toyota is confident that its leading performance in cost-of-ownership will strengthen, as the efficiency benefits of Toyota Optimal Drive technologies- a key feature of all new models over the past 18 months - come into play.

Jon Williams, Toyota Commercial Director said: "These study results are all the more important as they are based on the real-world experiences of vehicle owners.

"Toyota is committed to delivering quality, reliability, durability and owner-appeal in all its models, supported by competitive low running costs. These fundamental qualities are backed up by first class customer care right across our sales and service network."