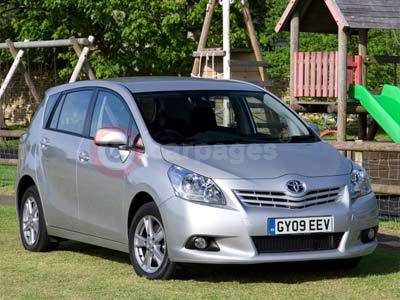 There is no need to take our word for it, the Toyota Prius and Toyota Verso are 'best buys'. That's the verdict of Which?, Europe's largest consumer organisation.

The full hybrid Toyota Prius earned the accolade among Large Cars and the Toyota Verso is a top choice among MPVs in the detailed new car survey for the autumn issue of Which? Car. Both have gained the prestigious Which? 'Best Buy' recommendation that signifies they are considered trustworthy, offer great value for money and high quality, having met the standards demanded by Which?'s rigorous test programme.

Gaining a 90 per cent satisfaction rating from owners surveyed by Which?, the Toyota Prius is acclaimed as an "era-defining" model with "impressive" CO2 output from 89 to 92g/km.

Assessing the seven-seat Toyota Verso, Which? declares: "Verso ticks all the right boxes, with a versatile interior and good comfort."

The reports follow hot on the heels of more good news for Toyota in Which? Car's 2010 reliability survey. The magazine reports that: "Toyota retains its excellent reliability rating overall in spite of its recall woes earlier in the year." This is reflected in the Toyota iQ being ranked sixth overall with a reliability score of 96 per cent and the Toyota Prius in seventh with a 95.4 per cent rating.

The study is the largest of its kind in the UK, researching owners' experiences with more than 26,000 cars up to three years old.