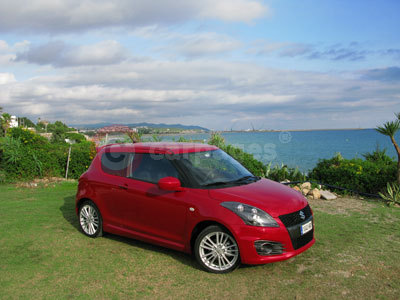 Think small hot hatchback, and Suzuki may not be the first marque that comes to mind. The Japanese company is a tiddler in the UK car pond, better known for its motorcycles and power products. But on the evidence of this new-generation Swift Sport, it deserves better recognition. Here is a highly creditable rival for some of the more widely recognised sporty hatches.

In its new guise, replacing a predecessor that had been around since 2005, the Swift Sport has undergone extensive improvement, upgrading its performance, handling and eco credentials. This three-door, front-wheel-drive hatchback is the sportier sibling of the fifth generation Swift five-door hatch. It has a new 1.6 litre engine with a variable intake system and improved variable valve timing. The gearbox is a six speed manual, which is one more ratio than in the old model Swift Sport. Power output has been boosted by 13 bhp to 134 bhp, and torque is up by 9 lb ft compared with the previous model.

A significant change has been made in the car’s road behaviour, with tauter handling achieved through stiffer suspension, and a much better ride than the old car was known for. The Swift Sport’s silhouette has distinct echoes of a MINI’s outline, and the little Suzuki’s body style is enhanced by the subtle detailing of a discreet bodykit.

For its size this is a quick little car, capable of sprinting to 60 mph in under nine seconds. The 1.6 litre engine has a 136 bhp power output and is pleasingly free-revving. Peak torque has increased compared with the previous model, and it now comes in at lower revs. The result is a car that has a lively, vibrant feel and exudes hot hatch character. Having a sixth gear, up from five in the old Swift Sport, gives the car a long-legged feel and helps boost the fuel economy.