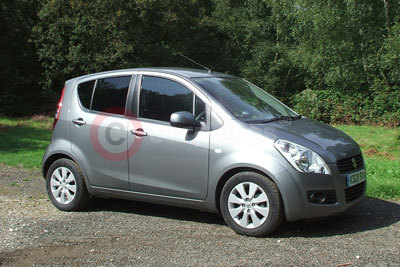 Take a look at the photos of Suzuki’s all-new, mini MPV, the Splash, and it might look a little familiar. The reason is that it is almost identical to the Vauxhall Agila.

So-called ‘badge-engineering’ is nothing new and the sharing of platforms, engines and running gear, amongst other things, is more common than many would suspect and can make for some strange bedfellows. The sharing of production costs not only makes good business sense but also enables companies to keep their car prices competitive, so we shouldn’t complain too much. But when two cars are this similar, it begs the question, ‘why?’ and leaves loyal customers, somehow feeling a little short-changed.

During a recent conversation with the good people at Vauxhall, I asked which came first; the Agila or the Splash? The answer came back that they were both produced at the same time. To me, that suggests an equal effort from both sides. However, Suzuki tells us that both cars were engineered in Japan and that the initial styling, chassis development and evaluations were done by Suzuki in Europe. They are also built alongside each other at the Magyar Suzuki plant in Hungary, along with other Suzuki models.

There are differences between the two cars and a few minutes of playing ‘spot-the-difference’ reveals that the Splash’s headlights and front fog lamps (where fitted) are bolder and more angular than those of the Agila, and that each has its own front grille design.

At the rear, the high-mounted taillight clusters are much the same shape but the bumper and tailgate have slightly differing profiles; the rear registration plate of the Agila is set into the rear bumper, whereas on the Suzuki, it is moved to the centre of the rear door.

That aside, they both have the small but tall body shape, with a snub-nosed but curvy bonnet for pedestrian protection, and an almost flat back end, while in between, there are five doors for easy access.

I will come back to the comparisons but for now we are talking about the Splash, Suzuki’s fourth all-new model in three years.

This is a 13-year+ news article, from our Suzuki archive, which dates back to the year 2000.

If in doubt check with your local Suzuki dealer as car prices and technical data will have changed since 2008.

Suzuki Splash Images may not be UK specification cars. Colours and exterior and/or interior elements may differ from actual models.