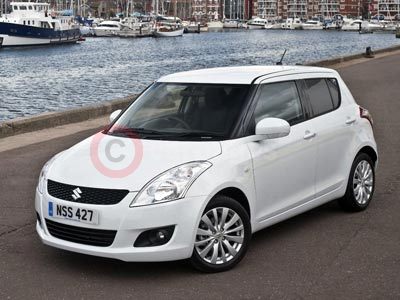 The Group achieved consolidated sales of ¥1,927.7 billion (up ¥148.9 billion, 108.4% y-o-y) thanks to increased sales of automobiles in Japan and of automobiles and motorcycles in Asia, although sales in North America and Europe were lower than the same period of the previous year.

Strong operating results were recorded in the automobile segment; the Group achieved an increased overall sales volume of 1.94 million units (114.0% y-o-y) and increased global sales of ¥1,722 billion (up ¥148 billion, 109.4% y-o-y). Operating income increased to ¥91.6 billion (up ¥35.7 billion, 163.7% y-o-y) owing to sales expansion efforts such as the launch of the new Swift, strengthened sales in Japan and the sales increase in emerging countries centering on Asia such as India and Indonesia, etc.

Regarding the motorcycle segment, overall sales volume was 2.06 million units (92.5% y-o-y) and decreased global sales of ¥186.3 billion (down ¥8.9 billion, 95.4% y-o-y) due to the sales decline in North America, Europe and Japan despite the sales increase in Asia. As for income and loss, operating loss was ¥7.0 billion on account of the continued sales slowdown of large-size motorcycles for Europe and the US, but the operating loss was reduced by ¥7.1 billion year-on-year because operating results improved in Asia.

During 2010, global production for Suzuki Motor Corporation increased year on year for the first time in two years, culminating in a record total of 2,892,945 units which represented a 21.2 per cent rise. As well as a marked increase in domestic and export  production in Japan, increased overseas production in India and China resulted in an all time high over the same period.