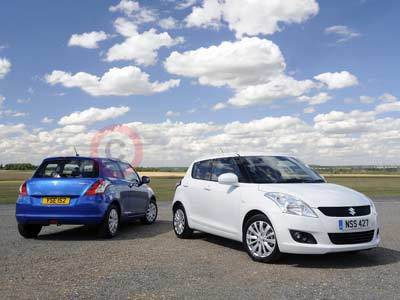 Suzuki's European manufacturing plant Magyar Suzuki Corporation is celebrating its 20th anniversary. The plant was founded in 1991 and the company has grown steadily, now playing a major role in Hungary's automotive market and is the sole manufacturing subsidiary on the continent serving European markets.

In 1991 the company was established by major shareholder Suzuki Motor Corporation, with the first model to roll off the production line being a first generation Suzuki Swift in 1992. In 2000, the plant produced the Suzuki wagon R+, the Ignis in 2003, second generation Swift in 2005, SX4 in 2006, Splash in 2008 and the latest model Swift in June 2010. Currently, Maygar Suzuki produces the Swift, Splash and SX4 for the UK market.

Since the establishment of Magyar Suzuki Corporation, the original greenfield site at Esztergom has seen regular updates and expansions. The facility now features five different units (stamping, welding, painting, assembly and bumper). In the period of 2003-2008 the plant saw it's biggest investment under the Suzuki's European Renaissance Program, which targeted heavy expansion of the European network of distributors as well as preparing the company for the production of 300 thousand units.

Over 280 thousand vehicles were produced in 2008, and the global economic crisis prevented Magyar Suzuki Corporation from hitting the target.

2010 saw 170 thousand vehicles produced and all models currently manufactured at Esztergom are built with Euro 5 compliant engines and almost 2 million Suzuki vehicles have been assembled in the Esztergom factory for the European market.