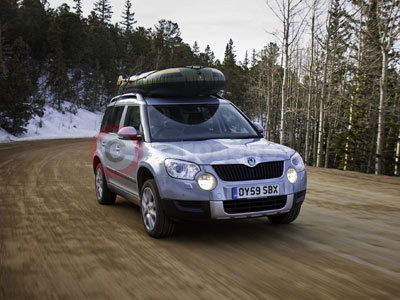 Skoda Auto delivered a record 568,990 vehicles to customers in the first nine months of 2010, helping the company to significantly increase its turnover (up 16.3% to £5.6 billion) and operating profit, which increased by 64.4% to £280 million, when compared to the same period last year.

"The positive financial figures for the first nine months of 2010 are the result of our sustained and profitable growth strategy," said Prof. Dr. h.c. Winfried Vahland, Chairman of the Board of Skoda Auto a.s.

"We have never sold more cars in the first nine months of a year than we have done in 2010. We will continue on this path and, in doing so, we want to expand considerably in global growth markets such as Russia, India, and China, while at the same time strengthening our position in Europe."

For the entire year of 2010, Vahland expects a clear increase in deliveries and the operating profit.

Besides increased sales, growth in the operating profit was the result of optimising costs and an improved, award-winning model mix. Deliveries of new models, such as Skoda Yeti, Skoda Superb, and Skoda Superb Estate significantly grew in the first nine months. Additionally, Skoda's liquid assets grew, with net liquidity rising 58% to £1.6 billion year-to-date.

In Western Europe (excluding Germany), deliveries have continued to grow. A large share of this positive growth was due to a considerable increase in sales in markets such as the UK, France, Spain, Austria, Belgium, and Switzerland.

In the UK, Skoda is on course to record its most successful year ever with sales of 33,100 vehicles in the first nine months of 2010, up 23% when compared to the same period last year.

In its home market of the Czech Republic, Skoda Auto was able to expand its leading position to 43,666 deliveries (up 9.2%). In the other markets of Central and Eastern Europe, Skoda Auto also experienced above-average growth. In Russia, the company recorded an increase in sales of 35.2% (34,273 vehicles).

This is a 11-year+ news article, from our Skoda archive, which dates back to the year 2000.

If in doubt check with your local Skoda dealer as car prices and technical data will have changed since 2010.