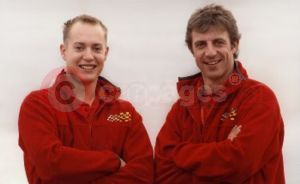 SEAT UK will have two official entries in the 2004 British Touring Car Championship (BTCC), driven by Jason Plato and Robert Huff. SEAT Sport will build two Toledo Cupra Rs at its headquarters in Martorell, near Barcelona, especially for the BTCC. The cars will be run and maintained throughout 2004 in the UK, with additional technical support from SEAT Sport’s 2004 FIA European Touring Car Championship (ETCC) team.

Jason Plato was British Touring Car Champion in 2001 and the SEAT drive marks the 36-year old’s return to the series. Robert Huff won the 2003 Holiday Inn SEAT Cupra Championship driving a Leon Cupra R, and the 23-year old Cambridgeshire driver is delighted that his prize of a works drive in the 2004 ETCC has been changed to a works drive in the BTCC.

Plato said: "I’m very excited about returning to the British Touring Car Championship and sparring with some old racing rivals again. It’s great that SEAT UK is doing the BTCC next year because the series is going from strength to strength. It’s good news too for the BTCC that a new and dynamic manufacturer will be involved in one of the world’s premier saloon car championships."

Huff said: "It’s much better for me to be doing the British Touring Car Championship rather than the European series because, with the exception of Mondello, I have already raced at all of the circuits. Jason has a lot of experience setting up and racing touring cars at the BTCC circuits, and that will benefit me as we’ll be working very closely together as team-mates."

Scott Dennis, SEAT UK Motorsport Manager, said: "The BTCC next year takes SEAT to a new level of motorsport in the UK. The fact that the SEAT Cupra Championship is also on the TOCA Tour will give us a fantastic level of exposure throughout the year."