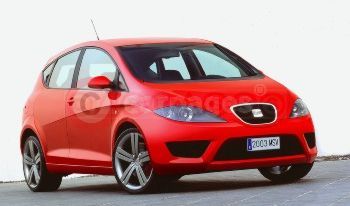 The SEAT Altea has been awarded Best Concept Car 2003 by the Designers (Europe) organisation. The Altea, the first of a new generation of design-led SEAT products, made its debut at last September’s Frankfurt Motor Show as a prototype. The market launch of the new Altea is planned for the spring in Europe and the summer in the UK.

The prestigious award was accepted at the Brussels Motor Show (15-25 January) by SEAT’s Design Director and Head of Design for the Audi Brand Group, Walter de’Silva. Accepting the award de’Silva defined the Altea as the car that combines the shapes that will characterise all future SEAT products. "It’s not about evolution, but revolution. The Altea will be followed by new models that confirm this enormous design advance."

Designers (Europe) has been promoting car design and designers since 1989. It is a reference for both car manufacturers and design schools and has been awarding design prizes and scholarships since 1995. For the 2003 awards 200 design professionals were asked to evaluate the styling of all new vehicles introduced during 2003 across five categories. The SEAT Altea took the honours in the concept car category.