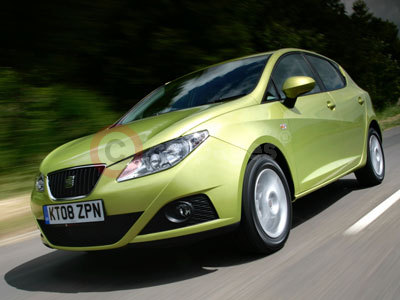 SEAT is celebrating more success in the used car market, with news that some of its models have seen a major increase in their predicted value this April.

On the back of recent reports from experts in the car trade about trend-busting rises in used values, SEAT has seen a sizable hike in the value of some of its most popular cars.

According to the latest information from used car experts CAP, publishers of trade 'bible' CAP Black Book, some SEATs are worth as much as 14% more this month than they were last.

For instance, a 2008 SEAT Ibiza 1.6 Sport is predicted to be 14% up on its valuation in March, while a SEAT Ibiza 1.4 SE dating from 2008 has seen its value rise by 13% in a month. Likewise, the previous-shape SEAT Ibiza 1.4 Sportrider - a special edition model launched last year - is worth eight per cent more in April than it was in March.

A 2008 SEAT Leon 1.9 TDI Stylance also gains eight per cent, while a capable and capacious SEAT Altea Freetrack 4 dating from 2007 is today worth fully five per cent more than it was four weeks ago, according to CAP.

This major bounce in SEAT used values - which in many cases significantly outstrips the market average of five per cent - is naturally great news both for SEAT owners and for dealerships keen to compensate for a downturn in new car sales.

According to CAP, the values of 'late plate' nearly new cars are enjoying a particular resurgence. The company said recently that the used car market had undergone 'a significant correction' since the downturn which began around Easter last year.

SEAT UK Used Car Manager David Ardern echoed that view. He said: "Demand for used new-shape SEAT Ibizas is massive right now, and these latest CAP figures reflect what we have been seeing for a while.

"Even at our first closed auction for these vehicles back in February we saw dealers bidding strongly, paying as much as 115% of the CAP valuation at that time in order to get hold of a car."

He added: "The jump in SEAT valuations also clearly reflects the Spanish brand's popularity among used car buyers keen to snap up a stylish, well-equipped and sporty car."