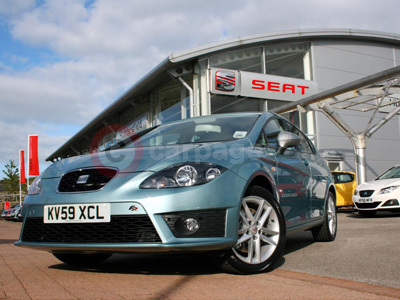 With its new cars sales flying high and market share running at an all-time record, SEAT is seeing its stock rise still further among ambitious dealers keen to grab a slice of the Spanish car maker's successful formula.

Understandably, then, a SEAT franchise is increasingly being viewed as a hot property by dealers, and dealer groups, keen to share in the brand's UK success story.

The SEAT dealer network, including service-only outlets, currently stands at a record 129 with just a handful of open points around the country remaining.

And a flurry of recent dealer acquisition activity has seen some of the motor industry's 'big guns' begin or, in some cases, strengthen their relationships with SEAT. Most recently, for instance, top ten UK automotive retailer Vertu Motors plc acquired SEAT dealership GK Motors, in Derby, in a £480,000 deal.

Speaking at the time of the GK deal Vertu Motors chief executive officer Robert Forrester said: "We are delighted to expand further with SEAT, which we believe is very well positioned. The acquisition we announce today adds to our continued development."

SEAT UK National Franchise Manager, Jason Cranswick, said: "The obvious appeal of our brand is there for all to see.

"A cracking line-up of new cars - including the newly-launched Ibiza ST, thrilling Leon Cupra R and forthcoming new Alhambra people carrier - helps to create the most attractive model range we have ever offered.

"This is supported by a strong, and growing, marketing operation which further underlines our ambitious plans."