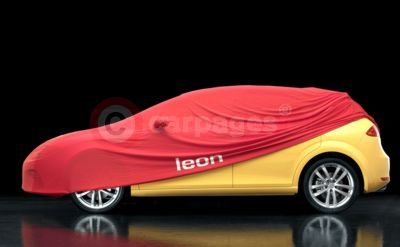 There will be a distinctly sporty atmosphere on the SEAT stand at the British International Motor Show this July. Not only is the vibrant Spanish manufacturer previewing the exciting new Leon Cupra for the first time anywhere in the world, it will also be showing off the new Leon FR and Altea FR, to coincide with the launch of the full FR Series in the UK.

SEAT is keeping the new Leon Cupra under wraps until Tuesday 18th July at 10.35am, when it will be unveiled to the world’s media on Stand S12, Hall S9, at London’s ExCeL. The new Cupra will be the hottest production SEAT to date, with a power output from its 2.0-litre T FSI petrol engine exceeding even that of its legendary predecessor, the Leon Cupra R, which boasted 225 PS. Full details will be revealed at the Show.

The Leon FR, meanwhile, is barely any less potent, with a choice of two advanced engines - a 200 PS 2.0-litre T FSI petrol and a 170 PS 2.0-litre TDI diesel. And as is now expected of SEAT, the car is not only desirable but also attainable, starting at £16,995 RRP for the Leon T FSI FR.

Also on show will be the striking Toledo, sporting a new optional body kit which gives the car a meaner appearance and even more visual drama. The family-favourite Alhambra, the large MPV with the highest loyalty rate in its class, will also be at London, with the best selling 2.0-litre TDI 140 PS diesel engine. And last but not least, the new, sportier 2006 Ibiza, including the latest FR versions with 150 PS petrol and 130 PS diesel engines and even more attitude, will grace the large SEAT stand.