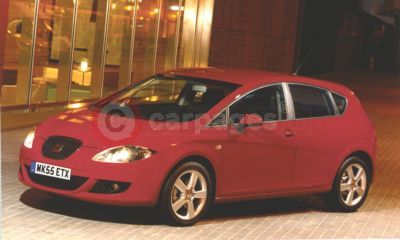 "SEAT customers buy into the brand because of its sporty image - not price," said Mark McKenna, Head of Marketing for SEAT UK this week at the press launch of the all-new Leon range of sporting five-door hatchbacks.

McKenna said, "Marketing the SEAT brand is all about aiming at customers with the undertones of the sporty message being ‘for people who do not want to lose their edge’ and ‘keeping the rebel in you alive’. It is a very difficult messages to transmit to customers without braking the advertising industry guidelines."

A £2 million television advertising campaign for the new Leon will coincide with the September launch. "Its ‘outback’ theme portrays the aggressive sporty image of Leon without promoting speed. The theme does not talk about the car at all, it creates excitement and awareness of the Leon and the SEAT brand" said McKenna.

McKenna confirmed that growing-the-brand, which has now been in the UK for 20 years, requires a marketing budget of £7 million a year. Forty per cent of which is spent on television advertising, 25 per cent on media advertising and the rest on PR, direct mail, Internet and promotional events. SEAT UK are also the official car supplier to Aston Villa and Birmingham City football clubs.

Over and above the marketing budget there is the £3 million UK motorsport budget, boosted further by additional sponsorship other companies, to take part in the British Touring Car Championship and to run the SEAT Cupra Championship.

SEAT UK will unveil the new Leon in World Touring Car guise for the 2006 season at the next round of the BTCC to be held at Knockhill near Edinburgh on August 27-28.

McKenna added, "SEAT UK has not yet decided whether we will continue with a BTTC programme for 2006 or whether we will put our budget into supporting SEAT’s World Touring Car Championship efforts, it all depends on what television coverage the British series secures for next year."

The average age of SEAT’s UK customers is 41 and McKenna thinks with the launch of the Leon this will become lower still. "It is important we retain customers to the brand through their entire buying life cycle. From our research there are three consistent reasons that some people do not buy SEAT cars. The first is the location of their nearest SEAT dealership, the second is the final closing price offered by the dealer and thirdly they just do not like the size or style of our cars. At least one of those issues we can address. We currently have 126 UK dealers but if we increase that number to 135 we will have representation in areas where there are younger buyers. The central areas of London, Manchester, Leeds and Glasgow are good examples."

McKenna also said that the fleet and business markets have further promotion by them. Traditionally our retail marketing has driven our fleet business but we have a £1 million budget to promote sales to fleet customers. The new Leon gives us the opportunity to increase sales especially to user-choosers and the leasing business. Currently our business is 60 per cent retail and 40 per cent fleet but we expect this to become an equal split."

The all-new Leon five-door sports hatch goes on sale in the UK 17 September with an initial twelve model line-up with five engine options and five trim levels. Prices range from £11,295 to £17,295.

The replacement Leon is the second-generation version of SEAT’s and potentially their best selling model range with an expected 14,000 sales in a full year once the range is complete. FR (Formula Racing) and Cupra variants will be added in 2006. The obvious competitors are the Ford Focus, Vauxhall Astra, Renault Megane and of course the VW Golf which uses similar floorpan architecture.

This year with the run out of the old models and the introduction of the new, around 10,000 Leon models will be sold, less than the 12,000 sales of the Ibiza and more than twice the number of the Altea sales which will be around 4,500 vehicles his year.

Last year SEAT sales reached 32,000 units. Currently this year their sales are 13 per cent down but McKenna expects to claw back some lost volume and to reach 30,000 total sales. The loss of the price-led Arosa range and doing only 1,500 units of daily rental business are reasons. "We are concentrating on delivering volume profitably," said McKenna."