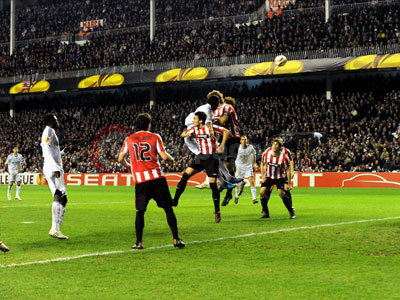 With the group stage of this season's exciting UEFA Europa League now well under way, and Matchday 2 just around the corner, Spanish car maker SEAT is developing its successful partnership with UEFA as the League's presenting sponsor.

Naturally, therefore, the successful partnership is continuing into the 2010/2011 season and, once again, British clubs are among the favourites to lift the historic trophy.

English Premiership sides Liverpool and Manchester City are vying for the Bertoni trophy, while other big names across Europe in this year's group stage include Sampdoria, Juventus, FC Porto, PSV Eindhoven, CSKA Moscow and Atletico Madrid.

British President of SEAT S.A. James Muir said: "We are youthful, design-oriented and sporty. Our cars are pure emotion, just like European football. That is why the UEFA Europa League is such a perfect match for us. It offers us the perfect setting for presenting the dynamic character of our brand to a large number of people."

Sponsorship of the UEFA Europa League is a central element of the SEAT image strategy - and a highly successful one at that. A total of 526 million people followed the 205 matches played in the competition's first season on their TV screens, while 4.4 million people watched the games live in the stadiums.

The impact on SEAT has been huge - the SEAT banner on the UEFA website, for example, has received more than 48 million hits.

"We are looking forward to the new season, where we expect this already excellent response to grow even stronger," said James Muir.

Following the qualification round, the second season of the UEFA Europa League has moved on to the group matches. On the six match days up to 16th December 2010 a field of 48 first-class teams will play a total of 144 games - a unique festival of football across Europe, from Seville and Palermo to Kiev and St Petersburg.

The best from the group round will enter the high-tension knock-out phase starting on 17th February 2011, with the winners from the semi-finals meeting on 18th May 2011 for the Europa League final in Dublin.

SEAT is the Presenting Sponsor of the UEFA Europa League for three seasons until 2012. The contract includes an array of association, event, promotional, new media and media rights that are helping to build a strong connection between SEAT and football supporters across Europe.