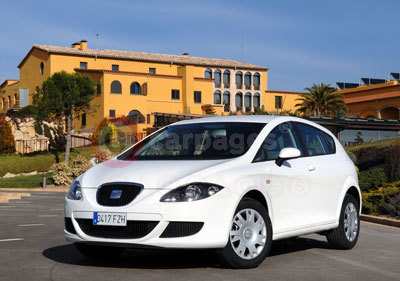 Today’s news of comprehensive revisions to the London Congestion Charge, which sees Mayor of London Ken Livingstone clobber some motorists with a whopping £25-a-day bill to drive into the capital, puts SEAT’s ultra-green newcomers in pole position for drivers keen to avoid the reworked levy.

The Spanish car maker’s all-new eco motors the Ibiza Ecomotive and Leon Ecomotive,  which produce just 99 g/km of CO2 and 119 g/km of CO2 respectively, are among a handful of conventionally-engined cars to escape the revised charge.

The SEAT Ibiza’s low emissions, which put it comfortably into road tax Band A and already exempt it from Vehicle Excise Duty, are also low enough to spare Ecomotive owners the pain of Congestion Charge bills.  This means they can drive into the heart of the city at any time without paying Transport for London a penny.

Vehicles with CO2 emissions of 120 g/km and below are excused the revised charge, while at the other end of the scale cars rated at 226 g/km or more will, from 27th October, see their Congestion Charge more than treble from today’s rate of £8 to a stinging £25 a day.

Deliveries of the Ibiza Ecomotive – SEAT’s most economical, least polluting production model to date – are set to begin later this spring with prices starting at a particularly keen £10,995 RRP.  The larger Leon Ecomotive, with emissions of just 119 g/km, is due in showrooms here later in the year.

The secret of the SEATs’ exceptional economy and impressively low emissions is the Spanish engineers’ choice of technology.  Rejecting the potentially expensive and complex hybrid powertrain route, SEAT is instead focusing on squeezing ultra-economical performance from its advanced turbodiesel engines.

With the Ibiza Ecomotive, for instance, the experts at Martorell have wrung every ounce of economy from the already efficient Ibiza 1.4 TDI (on which this newcomer is based) – indeed, that model is also exempt from the revised charge thanks to CO2 emissions of just 119 g/km.

In Ecomotive trim new software is added to the engine ECU, while particulate emissions are further reduced thanks to the addition of a state-of-the-art Diesel Particulate Filter (DPF).  Meanwhile, the gear ratios of the Ibiza Ecomotive’s five-speed manual gearbox are lengthened, making for both more relaxed cruising and improved economy.

The new Ibiza is also more slippery through the air, with a Cd (coefficient of drag) figure of 0.30, compared with Cd 0.315 for the standard 1.4 TDI model.  And special low rolling resistance 14” tyres from Dunlop help reduce road friction.

But while the engineers have obviously been keen to save weight, the car has not skimped on creature comforts: manual air conditioning, electric front windows, steering wheel-mounted audio controls for the MP3-compatible single-disc CD/radio and speed-sensitive electro hydraulic power steering are all among the Ibiza Ecomotive’s generous standard equipment list.  And great news for lovers of a cool cabin in a hot city: the standard fitment of air conditioning does not affect the newcomer’s official CO2 emissions of just 99 g/km.

Head of SEAT UK, Peter Wyhinny, said of today’s mayoral announcement: ‘The appeal of SEAT’s least polluting models is undeniable for drivers across the UK.

‘Our mix of exceptional economy, exemplary emissions and svelte styling – without the potential complications of complex hybrid technology – put the Ecomotive models at the forefront of green motoring.

‘Today’s news from London only serves to underline the appeal of the Ecomotive brand.’