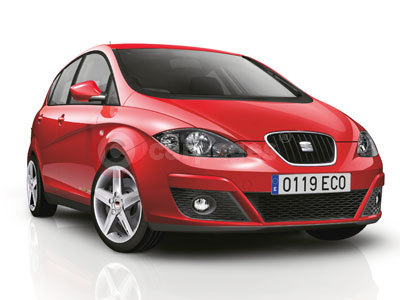 SEAT have introduced the Altea and Altea XL Copa editions to the current line-up and are available to order now, priced from £16,425.

Two trim levels have been introduced to the Altea and Altea XL line-up, the ‘S Copa’ and ‘SE Copa’. Based on standard ‘S’ and ‘SE’ specifications respectively, their introduction brings about a simplification of the Altea line-up: 'S Emocion' trim has been deleted from the range, along with the 1.4 85 PS and 1.4 TSI 125 PS petrol engines.

This applies to both the Altea and Altea XL - priced from £16,425 - Adds to the ‘S’ model - 16-inch 'Elio' alloy wheels; a Bluetooth communication package including hands-free phone connection, steering wheel-mounted controls and two additional stereo speakers; dual-zone climate control; front fog lights with cornering function; cruise control; passenger seat height adjustment. This adds around £1,500 worth of extras for nothing over the ‘S’ trim.

This applies to both the Altea and Altea XL models - priced from £17,785 - Adds to the ‘SE’ trim -  SEAT Media System 2.2 in SE Copa versions of the Altea and Altea XL. SEAT Media 2.2 incorporates satellite navigation, an SD card reader for music playback, a DAB digital radio tuner, Bluetooth hands-free phone operation and audio streaming, and a multi-function driver's display, all controlled via a five-inch colour touch screen. Plus rear parking sensors, automatic windscreen wipers and lights, and an auto-dimming rear view mirror. Worth around £1,100 over then standard ‘SE’ trim but at no extra cost.

This is a 7-year+ news article, from our SEAT archive, which dates back to the year 2000.

If in doubt check with your local SEAT dealer as car prices and technical data will have changed since 2013.