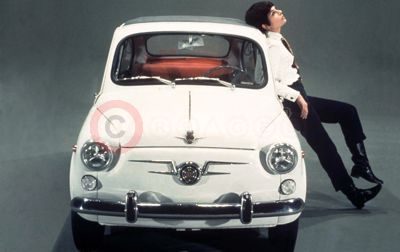 The SEAT 600 had such a profound influence on the life of the Spanish people, it still provides material for social science scholars today.  When historians and sociologists talk of ‘the Spain of the 600’, they refer to a crucial period in the country’s recent history, when the ghost of war was finally laid to rest, giving way to a new era of optimism.  This period has no better symbol than this small utility car, which improved the lives of thousands of Spaniards by providing them with an affordable means of mobility and independence.

When the car was launched halfway through 1957, the Spanish domestic car market had precious few brands to choose from, and an even more limited production capacity.

On another front, the launch of the SEAT 600 sounded the death knell for another sector of the automotive industry – it swept away the host of microcars, three-wheeler vans and motorcycles-with-sidecar which had previously dominated the country’s streets and roads.  Most manufacturers of these vehicles stopped production within a few years or else began re-inventing themselves through commercial pressure.

It was the advent of the SEAT 600 D that ushered in the model’s halcyon days, converting it into the dominant model of Spain’s automobile industry for almost a decade.  Strong demand gave rise to increased production, bringing down costs with a knock-on effect on the street price, leading in turn to greater demand.  Concurrently the phenomenon reinvigorated Barcelona’s industrial fabric, thanks to component demand generated by the Zona Franca production plant.

It was the beginning of a prodigious era for SEAT, during which it consolidated its distribution network, and established its primacy as a Spanish brand on its home market.  The labour force stood at 10,000 workers, producing 300 cars a day.  Export came to form part of its plans for expansion, and eventually from the initial shipments of SEAT 600s to Columbia, exports expanded to include 12 countries.

Spaniards had swapped their motorbikes for their 600s and, together with their families, soon got into the habit of weekend trips in the car.  This increase in motoring-for-pleasure divided the country into pedestrians and ‘Seatestrians’ – ‘man of the 600, the nation’s roads are yours’ as Moncho Alpuente was to sing years later.  Thanks to the SEAT 600, travelling intensified and was not confined to the Spanish mainland – many people ventured further afield into Europe, territory as yet unknown to a good part of the Spanish populace.

The last SEAT 600 – a white ‘L Especial’ – rolled off the assembly line on 3rd August 1973; workers put a farewell placard on it proclaiming ‘you were born a prince, you died a king’. The end of the production run filled the front pages of daily newspapers.

SEAT 600 Images may not be UK specification cars. Colours and exterior and/or interior elements may differ from actual models.