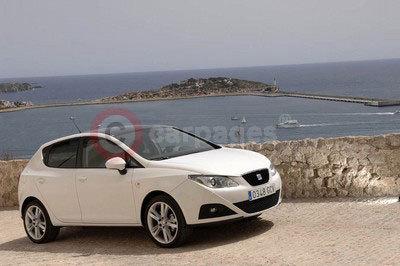 SEAT is expected to build its own version of the Volkswagen up! and put the Tribu SUV concept into production as it rapidly expands its product portfolio in a bid to double sales to 800,000 cars a year globally by 2018.

The new Ibiza, unveiled in public for the first time at the Madrid motor show, marks the starting point of the company's future, said president Erich Schmidt.

It's the first model off the new Volkswagen Group AO platform and marks a major step forward in quality through reliability, precision and perception, Schmidt, who moved to SEAT 18 months ago, said.

"We've improved in all those three areas. Our faults per 1,000 have dropped from 37 in 2002 to 4.3 last year". It's one of the biggest improvements in the industry over that time, he said.

Between now and 2018, SEAT will be launching two to three new vehicles every year as it moves towards its long-term goal of doubling annual sales globally from 400,000 to 800,000.

To do that, the company will enter new segments and new countries. First up will be a D segment car to take on Renault Laguna and Peugeot 407. That will be seen at the end of the year and go on sale in the UK early in 2009 as both a saloon and estate. It is based on the outgoing Audi A4 platform and will be built in Martorell, Spain.

SEAT will also develop its own version of VW's up! and is close to making a decision on whether to put the Tribu concept, unveiled at the Frankfurt show in 2007, into production. This will be a rival to Ford Kuga, Toyota RAV4 and Honda CR-V and share many of the features of VW's recently-launched Tiguan.

"We have to reduce our reliance on Ibiza and Leon," Frank Bekemier, vice president of research and development, told headlineauto.

Those two models account for more than 70% of total SEAT sales. "We have to be able to offer our customers more so that they will come back to us," said Bekemier.

That means getting dealers to do a better job as well.

Doubling global sales will also mean expanding to new countries. SEAT recently launched in Mexico and is now close to making a move on South America, he said.

It is also studying Russia where it can share synergies with VW and is currently in talks over a possible move to China. "The question is whether the Chinese are ready for sporty, extrovert SEAT yet."