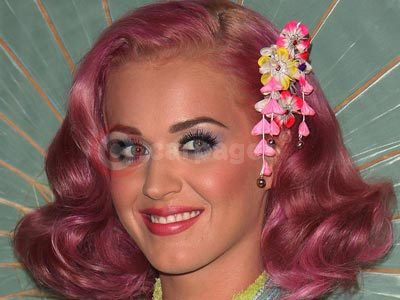 SEAT has released a list of music fans' 50 favourite songs, a result of research covering music forums and websites which saw a compiled list of 600 songs considered 'must have' favourites.

The top 50 includes the likes of Queen's Bohemian Rhapsody, Katy Perry, The Verve and Blondie. The list contains tracks recorded from 1968 to last year.

The catalogue of tracks was split into 25 separate questions and respondents were asked to select all the songs they had on their iPod.

The study also shows that the car is the most popular place to enjoy digital music, with 38% of respondents choosing the car as their top listening spot. The research from SEAT also shows that the average Brit will listen to two hours of music a day.

The Beatles feature a number of times in SEAT's top 50 list, with tracks such as All You Need Is Love, Hey Jude, A Hard Day’s Night and Let It Be.

Queen’s Bohemian Rhapsody and We Will Rock You as well as Lady Gaga’s Bad Romance and Poker Face also feature.

Popular artists include The Killers with Mr Brightside and All The Things That I’ve Done and Coldplay with Yellow, Clocks and Viva la Vida.

The 1968 hit (Sittin’ on) the Dock of the Bay (Otis Redding) can be found on millions of iPods, joined by Nirvana's Smells Like Teen Spirit and Rehab by Amy Winehouse.

Use Somebody by Kings of Leon, Hotel California by The Eagles and Dancing Queen by Abba also can be found.

The study shows that of all the 4000 music fans, an average of 15 of the top tunes can be found on their iPods and MP3 players.

Eddy Lawrence, music editor of Time Out magazine, said: "It's a funny thought that Bohemian Rhapsody, a track that Freddie Mercury almost scrapped in its early stages of development, has topped the poll.

"So many of these songs have successfully made the transition from vinyl classics to MP3 classics.

"It's also interesting to see how varied the genres on the list are, going from classic rock to retro soul to grunge, which reveals how diverse listeners' tastes are in the MP3 era.

"It also goes to show that a good tune, however old or loud the original recording, will always find a new audience."

34% of respondents agree that the best music was produced in the 1980s. Rock is the favourite genre, with 32% selecting it, followed by Pop with 28%.

SEAT's research has been carried out ahead of the return to Channel 4 of the Spanish brand’s On Track With music shows. The second series of the compelling music specials airs on Channel 4 from next week (Wednesday 28th September 2011).

Each week, artists - such as the Kaiser Chiefs, Friendly Fires, Manic Street Preachers, James Morrison and Katy B - will have one chance to record their tracks direct to vinyl at the Metropolis Studios in London.

Every showcase will see the artists record a unique cover version as part of their set.