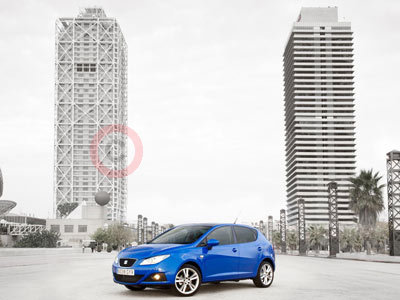 SEAT is continuing its extensive programme of product renewal and improvement with the launch of a brace of impressive new engines in its best-selling models.

The SEAT Ibiza, in all three bodystyles - SC, 5dr and ST - is now available with an exciting new 105 PS 1.2 TSI unit, mated either to a five-speed manual gearbox or state-of-the-art seven-speed DSG with double clutch. The turbocharged petrol engine replaces SEAT's 1.6-litre 105 PS.

Meanwhile the SEAT Leon and SEAT Altea families now feature a 140 PS 2.0 TDI with common rail fuelling in place of the previous unit's pump injector system. This, too, is offered with a manual gearbox or DSG.

The new SEAT Ibiza 1.2 TSI combines trademark SEAT sporting intent with outstanding efficiency. Despite being considerably smaller in terms of cubic capacity than the 1.6 it replaces, this new TSI generates an identical 105 PS.

Performance and acceleration figures both improve versus the 1.6 - in the case of 0-62 mph acceleration the time drops by more than half a second to 9.8 seconds while the top speed is marginally better, too.

And proving that you can have your cake and eat it, the new turbocharged 1.2 also makes the SEAT Ibiza both more economical and more environmentally responsible. Versus the 1.6 combined economy is improved by a massive 25%, from 44.8 mpg to 55.4 mpg (SC and 5dr) while CO2 emissions are slashed by 20% from 149 g/km to just 119 g/km.

The engine is available to SE and Sport buyers across all three bodystyles, and all versions are of course fully compliant with the latest EUV emission control legislation. Manual versions are also badged Ecomotive as they feature SEAT's new Stop/Start and Brake Energy Recovery technologies. Prices start at £12,780 RRP for the SEAT Ibiza SC 1.2 TSI SE.

Like the TSI the 2.0 TDI CR is offered with a manual or DSG 'box but, regardless of transmission, offers nimble acceleration and a smooth, efficient drive. In the SEAT Leon, the new common rail turbodiesel sees CO2 drop from 147 g/km to just 125 g/km, while combined economy climbs from 50.4 mpg to 58.9 mpg, a welcome 15% improvement.

Similarly impressive improvements result from the new common rail engine's introduction in the SEAT Altea and SEAT Altea XL, too. CO2 in both bodystyles drops to just 129 g/km, while combined fuel economy climbs to 57.6 mpg.

Perhaps predictably for these SEATs, though, the economy improvements do not come at the expense of driving enjoyment or pure performance.

The SEAT Altea 2.0 TDI CR, for instance, races from rest to 62 mph in a spirited 9.7 seconds meaning that the new version is, in fact, quicker off the mark than the previous pump injector version. Prices for the SEAT Leon 2.0 TDI CR in SE spec start at £18,570, while a similarly engined SEAT Altea SE is available from £18,770.

The SEAT Ibiza, SEAT Leon and SEAT Altea Product Manager, Andy McGregor, said: "Our continuing programme to update and enhance our suite of engines now sees the arrival of these two great units.

"The extra refinement, economy and performance from the common rail turbodiesel are clearly impressive, while the arrival of the excellent new 1.2 TSI in the Ibiza shows that, when it comes to today's engines, smaller really can be better!"

All of the new engine and gearbox combinations are available to order now at SEAT dealers nationwide.