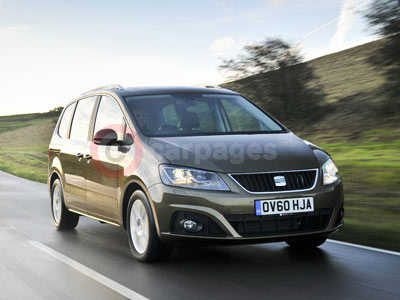 The two-year deal will see SEAT supply the West London club with a number of vehicles for use by various departments.

SEAT is an increasingly well-known name in football circles thanks to a host of UK and European sponsorships, most notably its three-year UEFA Europa League agreement which sees the Spanish brand grab the limelight as presenting sponsor of the pan-European tournament.

Here in the UK, SEAT has been proudly associated with a number of Premier League sides. This year has also seen the staging of the inaugural SEAT FIVES tournament to put amateur teams to the test in the quest for the grand prize of a 'money can't buy' VIP trip to Hamburg for the UEFA Europa League Final which took place in May 2011.

The latest deal, with London's oldest top-flight side, sees SEAT link up with a club that can trace its roots back more than 130 years.

Led by charismatic chairman Mohamed Al Fayed the club has a history of big-name players, too. Johnny Haynes, George Cohen, Jimmy Hill, Bobby Robson and George Best are just a few of the legends to have donned the black and white shirt over the decades.

Welcoming the opportunity to forge a new association with Fulham FC, SEAT UK's Head of Marketing Steve Robertson said: "This deal fits perfectly with our ongoing mission to develop strong and consistent links with football teams, and their fans.

"We all admired Fulham's exceptional success in the SEAT-sponsored Europa League last season, and I very much hope we'll be seeing more great performances from the Whites as this season progresses."

"The Club has made significant strides since reaching the Europa League final last May which include an associate membership of the esteemed European Club Association. Our partnership with SEAT, a very well-respected European brand, will assist in maintaining Fulham's presence as an established Premier League Club, with European ambitions, to international markets."