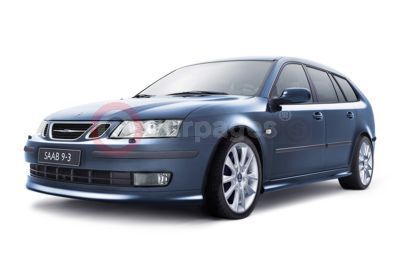 For the second consecutive year, Saab enjoyed its highest ever sales and market share in the United Kingdom in 2005, enabling the Swedish premium car maker to maintain its title as the UK’s fastest growing premium car brand. Never in Saab’s 45-year history in Britain have sales soared so high.

Whilst the overall UK new car market limped through 2005, seeing total registrations decline by over 6 per cent compared to the previous year, with a 3 per cent drop in the premium segment, Saab continued to make enormous strides, enjoying a year-on-year sales growth of over 35 per cent. In volume terms, this equated to a total of 27,465 new Saabs sold in 2005, compared to 20,292 in 2004, taking its slice of the UK new car market to a record 1.14 per cent. This achievement becomes even more impressive, considering that that 2004 was itself a record year for Saab, with sales growing by 39 per cent compared to 2003.

A sterling performance from Saab’s established model range, as well as the more recent introduction of new models such as the 9-3 SportWagon and revised 9-5 has contributed to this growth. For example, the 9-3 Sport Saloon enjoyed a massive 43 per cent growth in 2005 compared to 2004, with over 14,000 of those cars sold during the last 12 months.

Demand for the enduringly-popular 9-3 Convertible, meanwhile, zoomed upwards by 16 per cent to 5,900 cars, whilst sales of the 9-5 range grew by over 1 per cent year-on-year, despite the phasing out of the previous-generation 9-5 towards the tail end of the year.

The September arrival of the acclaimed 9-3 SportWagon brought several thousand incremental sales for Saab in 2005, whilst demand exceeded supply all year for the sought-after 9-3 1.9 TiD turbo diesel models. The October introduction of the award-winning new 2.8 litre V6 turbo engine has also seen demand for the performance 9-3 Aero outstrip availability.

A jubilant Jonathan Nash, Managing Director of Saab Great Britain remarked: “2005 was the year of Swedish design, and judging by Saab’s success during the year, the Great British public is as enamoured as ever with great Swedish design. This, together with Saab’s celebrated aircraft heritage has proven to be an unmissable combination for those car buyers wanting something highly competitive and a little different.”

Nash went on to bullishly forecast yet another record year for Saab sale in 2006: “With the introduction of yet more new engine variants in key models, such as the forthcoming new Convertible 1.9 TiD and innovative 9-5 BioPower, I have no doubt that 2006 will be the third consecutive year of record growth for Saab,” he said.

Nash added: “The new Saab 9-3 Convertible Cerulean edition, which will soon be launched to celebrate two decades of success for our iconic soft-top, is another example of the type of car that will drive our growth this year. Saab’s first full year of sales for new models such as the 9-3 SportWagon and revised 2006 9-5 will also see more premium car buyers choosing Saab over more commonplace premium brands.”