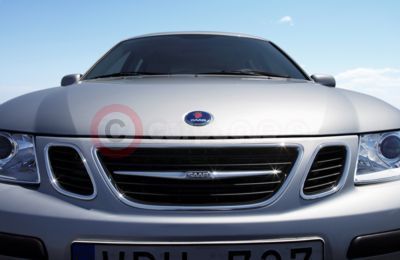 Already flying high on numerous sales records in 2005, Saab Great Britain has yet another accolade to add to its trophy cabinet. With 4,919 cars registered in September 2005, last month was the Swedish premium marque’s best-ever month of sales in the UK since imports began in 1960. The previous record was set in August 1998, when 4,335 cars were sold. In fact, Saab Great Britain’s monthly sales total has only exceeded the 4,000 mark three times in the company’s history.

This means that as overall UK new car registrations slumped by 3.2 per cent in September 2005 compared to the previous year, demand for Saab cars grew by an astonishing 35 per cent year-on-year. Equally impressive is Saab’s cumulative 40.7 per cent sales growth for the first nine months of 2005, compared to 2004, with a total of 21,825 cars sold so far this year.

The hugely-successful 1st September launch of the Saab 9-3 SportWagon, which is Saab’s first foray into the premium mid-size estate market, was a major factor behind last month’s growth; almost 700 SportWagons have now been delivered to satisfied UK customers. Globally, the SportWagon has been confirmed as the most successful launch ever in the history of Saab, whose first car, which was designed and built by aircraft engineers, rolled off Swedish production lines more than 50 years ago.

Commenting on the results, Saab Great Britain Managing Director Jonathan Nash remarks: "For Saab to have sold just short of 5,000 cars in one month in the UK and to be the company’s largest global market by such a high margin is a tremendous achievement. In fact, had our dealers not run out of certain versions of the outgoing Saab 9-5 cars, such as the 2.2 TiD 9-5 estate variant, ahead of the arrival of the new 9-5 range, it is possible that we could even have exceeded the 5,000 sales mark in September."

He continues: "Sales of the new 9-5, which was recently unveiled at the Frankfurt Motor Show, are due to begin in November, whilst deliveries of the 2.8-litre V6 9-3 Aero performance models will commence this month. I am confident that these new arrivals will act as the perfect complement to Saab’s existing offerings and ensure that our line-up, which continues to be characterised by its Swedish design ethic and aircraft heritage, remains as one of the most tempting propositions currently on the UK car market."

This is a 17-year+ news article, from our Saab archive, which dates back to the year 2000.