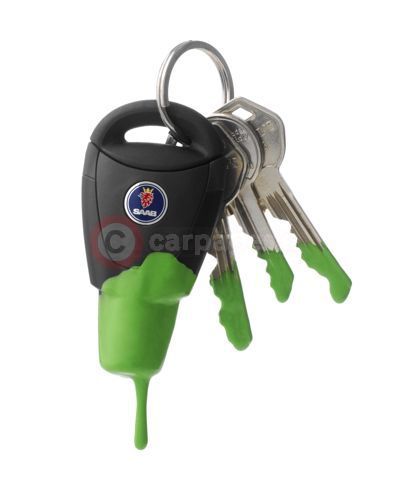 According to Saab 60% of Britains are going green

According to Saab 60% of Britains are going green in a bid to save future generations according to a new ‘ECO-nomics’ report commissioned by Saab.  Despite this ambition, the financial cost of being ‘green’ doesn’t make it easy, as over a third of independent minded Brits (39%) are not prepared to pay any extra for green products or services.  A large proportion (41%) believe that green goods could be more widely available with a further 79% looking for greater government incentivisation* to help change behaviour. Brits also admit to harbouring ‘guilty non-green sins’ which, coupled with a general lack of knowledge about the greatest pollutants, demonstrates that as a nation there is still a way to go before we are ‘Green Britain’.

Joe Oliver from Saab comments: “As the only volume car manufacturer to offer an environmental engine choice across our entire range of cars, we commissioned the ‘ECO-nomics’ report to explore Britons’ attitude to green motoring and other broader environmental issues such as recycling. The report seeks to gauge how well-informed Brits are on green matters and to understand the motivations and barriers to leading a more environmentally-friendly lifestyle.”

The majority of Brits (60%) are choosing to be greener out of concern for future generations, but a more fickle 10% are motivated by social image and the desire to look good in front of peers, whilst only 6% are opting to be more environmentally-friendly as a result of government action.

Who Controls the Green Purse Strings?

The Saab ‘ECO-nomics’ report finds that women are the eco-warriors of the household with 65%** doing the decision-making and encouraging partners and family members to opt for environmentally-friendly goods and services. The 35-44 year olds are leading the ‘green’ charge (62%) and interestingly, the younger generation also has a say in influencing and driving their parents’ purchasing habits - children in Northern Ireland have the most sway (15%), versus in Wales (0%), where children don’t appear to have the same influence.

To counteract their ‘guilty non-green sins’, 81% of respondents have already decided on a green resolution for 2008.  48% vow to recycle more, 41% to keep an eye on energy usage in the home and 36% to switch to low energy light bulbs. With 89% of Brits who made a ‘green’ 2007 resolution still sticking to it, the outcome looks bright and green.

Barriers to Being Green

Brits want to be greener, but 79% feel the government should do more in terms of making greener fuels readily available to all, 78% are convinced that there should be tax breaks for greener cars and that environmentally-friendly fuels should be taxed considerably lower than fossil fuels (79%).  Other key findings include:

39% of respondents who own a car cite their lack of knowledge about green cars as the main barrier to buying one and 23% are also uncertain of where to buy a green car; 51% are concerned about cost and 48% fuel availability.  The Saab BioPower is only £600 more than Saab’s standard petrol model and its flex-fuel technology means it can run on bioethanol E85 fuel or petrol. Only 3% of respondents presently own an environmentally-friendly car.

Saab’s ‘ECO-nomics’ report also highlights confusion among Britons about which the greatest pollutants actually are and how one’s carbon footprint can be reduced.  The majority of the nation believes that industrial energy is the greatest pollutant (53%), followed by flights (16%) and cars (16%).  Recent research shows that UK domestic air travel accounts for approximately 5.6% of CO2 emissions from the UK1 and is in fact thought to be more damaging than other sources of emission (possibly by a factor of two) because it is emitted at altitude. Air travel is also considered to be the fastest growing of all contributions to global warming.

Similarly, there is a lack of knowledge about what comprises one’s carbon footprint; worryingly 15% of respondents wrongly believe buying fair trade products would make a positive difference - the South West region (21%) most commonly believes this myth.  5% cited ‘staying at home’ as an improvement to one’s carbon footprint.

Given this lack of knowledge, over a third (36%) of respondents don’t know anything about Biofuel technology or the technology of hybrid cars (37%), whereas 85% understand the technology and benefits of loft insulation and solar panels (64%).  This demonstrates that consumers are unaware that biofuel cars such as the Saab BioPower, which runs on bioethanol E85, can reduce fossil fuel emissions by up to 70%.

Joe Oliver continues: “Thinking of future generations is a valid and very worthy motivation, but the research clearly shows that although British consumers would like to be more environmentally-friendly there is still an educational job to be done. Brits are also calling for the government to act to make green products and services cheaper and more widely available. ”

This is a 15-year+ news article, from our Saab archive, which dates back to the year 2000.