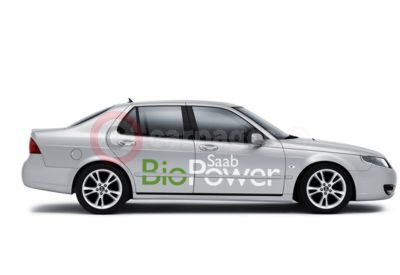 Cross functional co-operation to help solve the 'chicken and the egg' challenge over use of bioethanol in European markets outside Sweden.

BEST (BioEthanol for Sustainable Transport) is a four year project, partly funded by the European Union (EU), in which three vehicle manufacturers, ten locations, five bioethanol producers and four universities will cooperate cross-functionally to accelerate the introduction of bioethanol as alternative automotive fuel in Europe. The City of Stockholm is acting as a coordinator for starting up initiatives and Saab Automobile, one of the two car manufacturers involved, will contribute to the project with test cars, technical competence and education.

The objective for the BEST project is to establish a launch pad for a major breakthrough in the perception of bioethanol as an alternative automotive fuel. It is also carrying out research to encourage the use of common standards and recommendations for Europe.

BEST was officially launched in Stockholm last week at a three-day conference for all participating organisations. The first phase of the project calls for the creation of a functioning infrastructure with at least 140 bioethanol pumps at ten selected sites, including eight European cities. It is hoped that this will lead to nearly 10,000 bioethanol-powered cars being put on the road as demonstrators to inspire businesses, communities and motorists in general.

Saab's Scandinavian heritage, allied to the fact that it is the first premium car manufacturer to combine a fun-to-drive experience with respect for the environment, make it natural that it is one of the founding partners of the BEST project. Saab wants to show its commitment to and responsibility for future transportation solutions. Until non-fossil fuel hybrid and fuel-cell vehicles become widely available, bioethanol is currently an accessible means of achieving sustainable development.

Bioethanol contributes to reduced atmospheric levels of carbon dioxide (CO2), the 'greenhouse' gas widely believed to contribute to global warming. This is because emissions during driving are balanced by the amount of CO2 that is removed from the atmosphere when crops for conversion to bioethanol are grown. In contrast, petrol is a fossil-based fuel and its use adds new amounts of CO2 to the atmosphere, which have lain fixed underground in oil deposits for millions of years.

"BEST is an excellent initiative for Saab to take part in," says Knut Simonsson, Vice President Global Marketingand Sales, Saab Automobile. "I am convinced that all participants will benefit greatly from both the project and each other's experiences. Right now, interest in bioethanol as an alternative fuel is increasing in many markets and it is, therefore, tremendously exciting to be able to drive developments to reduce carbon dioxide emissions through using such a renewable fuel for road transport."

To date Saab has sold almost 5,000 9-5 BioPower models in its home market since sales began last July, to take 1.5 per cent of the total Swedish new car market. The Saab 9-5 BioPower is already outselling all other eco-friendly vehicles combined in Sweden; it's unique combination of 20 per cent more power, with fossil CO2 emissions reduced by up to 70 per cent, forming a key part of its appeal.

UK deliveries of the Saab 9-5 BioPower commence in March 2006.