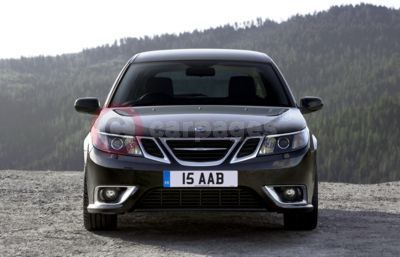 Replacement of the 9-3 is the first step in a Saab range revamp which, over the next five years, will see an all-new model to replace the 9-5, and a crossover SUV. These vehicles will go on sale in 2009 and will be followed by an entire range replacement for the 9-3 and a long-awaited compact model.

While the new models will be based on new General Motors’ platforms, Jonathan Nash, managing director of Saab GB, said that the Swedish company was heavily involved in the chassis development.

“While we can use GM platforms, the trick is to adjust them to meet the requirement of the Saab brand.

The Saab 9-4X will replace the Subaru Tribeca-based 9-6X crossover, which was cancelled following GM’s pullout from its alliance with the Japanese carmaker.

The new crossover will be positioned between the Saab 9-3 and Saab 9-5 models and based on the same platform as the Cadillac BRX sport-utility, and likely to be built in Ramos Arizpe, Mexico.

The Saab 9-4X will be sold worldwide, but Saab thinks it will be most appealing to European buyers.
The larger, seven-seat Saab 9-6X would have been pitched at the US market.

The new 9-3 range, now being rolled out in the UK has been simplified from seven down to four trim levels according to David Pugh, general manager, marketing, Saab GB.

These start with the Airflow, Linear SE, Vector Sport and Aero. Three bodystyles are retained; saloon, sportwagon and convertible and along with petrol and diesel comes the world’s first turbocharged E85 biofuel engine. The 2.0T actually produces 25bhp more than the petrol version Towards the end of the year Saab will introduce another world first with a twin turbo diesel which produces 180bhp and 400Nm of torque.

This employs twin, sequential turbos in a four cylinder engine, the first application of its type in the world. The smaller turbo comes into operation at low revs while a larger one starts to spool up ready to produce peak performance from 3000rpm upwards.

Pugh said that all-wheel-drive models will start production early next year using a system called cross-wheel-drive. “This is not solely designed to improve performance in the snow and ice, but on road handling and performance,” said Pugh.

An exclusive, limited edition model featuring cross-wheel-drive, uprated 2.8-litre V6 engine, called the Turbo X, will also be launched next year with a run of 2,000 models available globally, and around a quarter of those will come to the UK from March.

Pugh added: “Cross-wheel-drive is unique in that it diverts power 100 per cent between the back and the front while a limited slip differential can transfer power and torque diagonally as well as from side to side. It is also pre-emptive in that it moves the power around before slippage occurs.

“Simply put this means that when the car is at a standstill, the system knows that the next thing that will happen is that the car will move off – so all the power is transferred to the rear to prevent the front wheels spinning.”

This is a 15-year+ news article, from our Saab archive, which dates back to the year 2000.