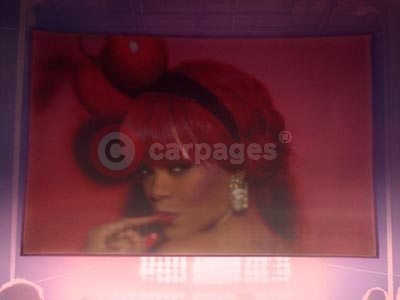 Renault UK will be an official sponsor of Rihanna's 'The Loud Tour' 2011. Powered by Renault Va Va Voom, Brit Award winner and star of Renault's new Clio Va Va Voom campaign, Rihanna will perform 23 shows across the UK starting in Belfast on the 1st October 2011.

The original Va Va Voom ads starring Thierry Henry struck such a chord that the phrase entered the Oxford English Dictionary in 2004, as 'the quality of being exciting, vigorous and sexually attractive'. The Renault Clio Renaultsport stars in the new ad campaign as the epitome of Va Va Voom, majestically suspended from a warehouse roof in a dramatic exhibition space.

Phil York, Renault UK Marketing Director said, "Rihanna is in our new Renault Clio ad so it seemed a logical step to be involved with her much anticipated Loud Tour later this year. We have no doubt that she'll prove she has plenty of Va Va Voom on stage and are delighted to be supporting her."

Due to phenomenal demand, two extra dates have recently been added to the much anticipated sell out tour which will cover London, Liverpool, Belfast, Dublin, Birmingham, Newcastle, Sheffield, Nottingham and finish in Manchester on 2nd December 2011.

Rihanna is currently the world's most successful female singer. To date she has sold over 45 million singles, 24 million albums, won four Grammys, fifteen billboard awards and four American Music Awards. She is the only solo female artist in UK chart history to score five number one singles in consecutive years.