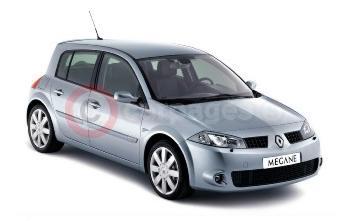 The first quarter of 2004 has proved to be a successful one for Renault’s most recent model launches as the latest Mégane range, including the new Scénic, and Espace have helped propel Renault first quarter car sales in the UK up 28% from 40,454 to 51,705 in a car market that has risen by 6%.

A large part of this increase is down to the enthusiasm being shown for some of Renault’s biggest sellers that have been replaced by new models in the last year or so. The latest Mégane range is now making a big impression on the market, and not only in the UK. It was the best-selling car in Europe last year knocking the VW Golf off the top spot and that has continued this year with the gap widening.

Sales of individual Mégane body styles all showed significant increases. The two Hatchback models increased first quarter sales by 50% from 6,440 to 9709 and Scénic sales increased 27% from 8,227 to 10,456.

New Espace sales are running significantly ahead of last year, up from 374 to 1,240 but last March was the introduction of the New Espace so sales were restricted. However looking back two years to the first quarter of 2002, Espace sales were 1,074 so this year is still up 15% on then, partly due to the publicity gained from recording the highest ever score in the EuroNCAP crash tests.

Philippe Talou-Derible, Managing Director of Renault UK commented, "The market for March reached record levels again but is being driven by new model launches and some of the best customer deals ever to be offered. Our timing with New Mégane, Scénic and Espace being established in the market place is perfect, taking advantage of the desire for new products and we still have some more major model launches for the remainder of the year, including the seven seat Grand Scenic this month and the all-new Modus in the Autumn."